QUESTIONS FOR THE GOVERNMENT 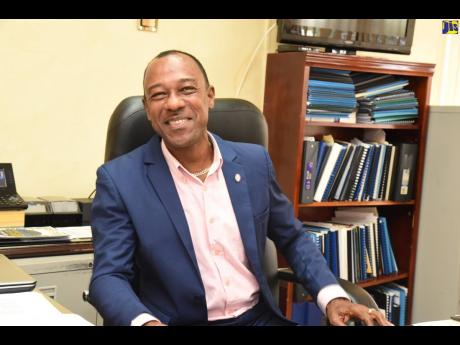 Willard Hylton, Managing Director of the Transport Authority of Jamaica.

On April 3, 2022, The Sunday Gleaner reported that despite orders under the Disaster Risk Management Act (DRMA) prohibiting the hosting of entertainment events in 2021 as the island was on the cusp of a fourth COVID-19 wave, a government agency – the Transport Authority – hosted an illegal Christmas party for its staff on December 17, 2021.

The newspaper viewed several video footage of the illegal party, which was staged in the courtyard of the authority’s 107 Maxfield Avenue offices in St Andrew.

Since then, we have been trying to get answers from the Transport Authority, which falls under the Ministry of Transport and Mining, about the event.

Below are the questions:

1. Could the Transport Authority state whether an illegal party was in fact held on the grounds of its offices located at 107 Maxfield Avenue on December 17, 2021?

2. Does the agency accept that the hosting of the party was in breach of the DRMA measures that were in effect at that time?

3. Please provide a detailed breakdown of how much was spent on the said event.

4. Were similar parties staged at the Transport Authority’s other regional offices; if so, what was the cost of hosting those events?

5. Was the management aware of the event?

6. Does the management accept and regret breaching the DRMA?

7. Were members of Transport Authority’s management team in attendance at the party? If so, please state their names and posts.

8. Has the Transport Authority launched an investigation into the staging of the illegal party? If so, what are the status/findings of the investigation?

9. What disciplinary action, if any, has or will be taken against those responsible?

10. Could the Transport Authority say whether it asked or instructed the DJ who posted three videos showing scenes from the illegal party on Instagram and tagged the agency in the posts to remove the videos from the social media platform?

We await the responses.