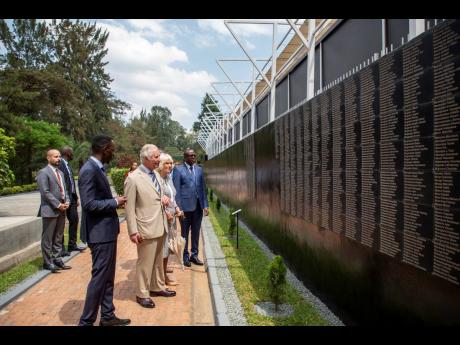 AP
Britain’s Prince Charles (second left) and Camilla, Duchess of Cornwall, observe the wall of names next to the mass graves at the Kigali Genocide Memorial in Rwanda Wednesday. Prince Charles is representing Queen Elizabeth II as the ceremonial head of the Commonwealth at a summit where both the 54-nation bloc and the monarchy face uncertainty. 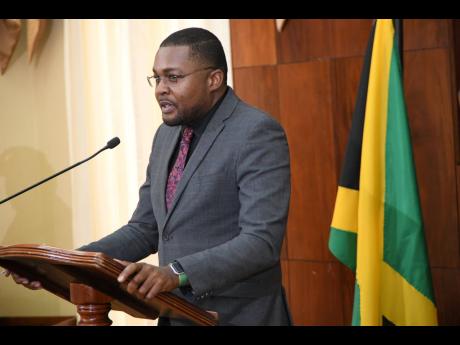 A day before heads of government decide on the leadership of the Commonwealth Secretariat, the Holness administration has sought to fend off suggestions that Kamina Johnson Smith’s selection would short-change African member states.

Concerns had long surfaced about the possible disruption in the rotation order of the secretariat’s leadership since the Government’s announcement on April 1 that the foreign affairs minister would challenge Secretary General Baroness Patricia Scotland.

Speaking to journalists on Wednesday in Kigali, Rwanda, de facto information minister Robert Morgan said “unreasonable, unfair and mischaracterised statements” were being bandied about in an attempt to distract from Johnson Smith’s campaign.

Antigua and Barbuda Prime Minister Gaston Browne has maintained that attempts to remove Scotland from office ran contrary to the principle of rotation between regions, with Africa expected to assume the office of secretary general after the Caribbean.

Scotland, a Dominica-born British politician, is seeking to complete a second four-year term in office, following the first which ended in March 2020.

Consensus was needed for that continuation but was reportedly not granted. However, her term was extended because of the coronavirus pandemic.

“I find it interesting your line of questioning. It is very aligned to the talking points that we have seen,” Morgan said in response to a British journalist who inquired about Johnson Smith’s proposed length of time in office if selected for the position.

Morgan said there have been active attempts to discredit Johnson Smith’s candidature, with “agents” labelling her campaign as divisive, first among CARICOM countries and now among African states.

In a bid to defend her candidacy, Johnson Smith said that her campaign has found favour with several of the 54 states within the Commonwealth, including the United Kingdom, Singapore, India, Belize, Trinidad and Tobago, Grenada, Belize, and Maldives.

She said also, that the response from Africa “has been very encouraging”.

In a recent interview with The Gleaner, Nigerian high commissioner to Jamaica, Dr Maureen Tamuno, said that Johnson Smith had, by virtue of good working relations, earned her country’s support.

Johnson Smith said that she has committed to serving one term, from 2022 to 2026, and that this has been put in writing.

“I don’t see it as short-changing [Africa],” she said when questioned about the possible disruption in rotation order.