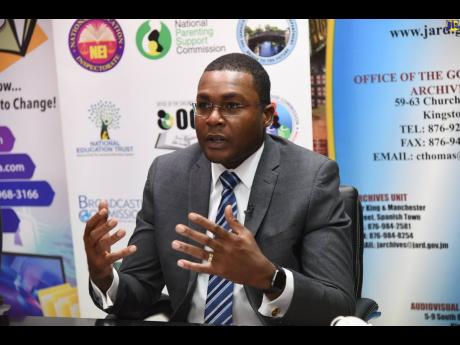 The Government is maintaining that the country received value for money despite Minister of Foreign Affairs and Foreign Trade Kamina Johnson Smith’s failed quest to unseat Baroness Patricia Scotland as the Commonwealth secretary general. It is not...

The Government is maintaining that the country received value for money despite Minister of Foreign Affairs and Foreign Trade Kamina Johnson Smith’s failed quest to unseat Baroness Patricia Scotland as the Commonwealth secretary general.

It is not yet clear just how much money was spent on Johnson Smith’s campaign, which saw stops in the Caribbean, Europe and Africa.

International media have reported a US$99,000 spend, which translates to approximately J$15 million, for public relations and thought leadership services from International marketing firm Finn Partners.

The three-month contract ends on Thursday.

De facto Information Minister Robert Morgan has indicated that a full breakdown of Johnson Smith’s campaign financing and expenses will be revealed in the coming weeks, and in the same breath, he asserted that Jamaica gained more than what was spent by taxpayers.

Johnson Smith came up short at the end of voting at the Commonwealth Heads of Government Meeting in Kigali, Rwanda, yesterday, where 24 of the 54 members voted in her favour while 27 supported Scotland. Tuvalu’s Sir Iakoba Italeli had also joined the race to become the Commonwealths number one diplomat.

Morgan said that on a “shoestring” campaign, Johnson Smith built several relationships and, along Prime Minister Andrew Holness, signed 17 bilateral agreements with countries that Jamaica would otherwise not have had the opportunity to engage with on a close level.

“I think we got more out of this campaign than we spent and the benefits will redound to Jamaica going forward,” he said on Friday during a Gleaner-hosted Twitter space.

In defending the Government’s decision to fund Johnson Smith’s campaign, which raised eyebrows in some quarters as critics argued that it was a personal position, Morgan said that Jamaica’s interest is best served only when it has a representative at the table.

“If Jamaica is not at the table, we’re not going to get those fertilisers from those countries, especially in the middle of a crisis. We’re not going to sign those airlift agreements that bring tourists from other countries.

“Those things come at a cost, and if Jamaica is not a part of the World Trade Organization, if Jamaica is not in leadership positions across the world, we’re not going to be able to influence the decisions of these entities,” he said.

But Johnson Smith’s candidature was frowned upon by some CARICOM neighbours, with Antigua and Barbuda voicing concerns that her late shock entry was at the behest of the United Kingdom in an attempt to oust Scotland.

Johnson Smith had described those suggestions as offensive and argued that her candidature reflected Jamaica answering a call for change within the leadership of the Commonwealth Secretariat which has been mired by controversy for the past few years.