‘Kingston is not Jamaica’ 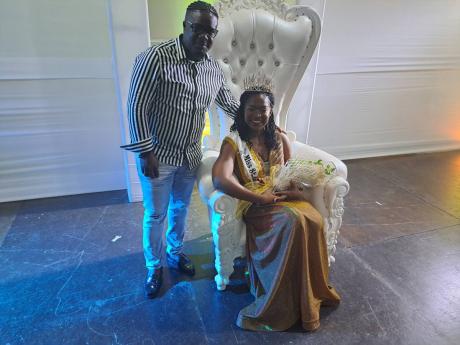 DR ANTHONY Taylor, chairman of the St James Festival Queen Committee, believes that avenues should be opened for a wider pool of venues to host the annual Miss Jamaica Festival Queen finals outside of Kingston to provide a greater variety of national culture.

He made the recommendation on Sunday evening following the 2022 staging of the St James Festival Queen Competition, which was won by Shavae Scale. The competition was held at the Montego Bay Cultural Centre in Sam Sharpe Square under the theme ‘Reigniting the Power of Jamaican Woman’.

“When we talk about culture, we want persons from the nook and cranny of Jamaica to have access to these competitions, and it also brings to the fore that Kingston is not Jamaica. I have been judging quite a few shows, such as in Trelawny, St Mary, and St Ann, and persons in different corners have been saying this, so it is not just Montegonians wanting it in St James. It would be nice to have the crowning across the island during different years,” Taylor explained.

“Each time we have to travel to Kingston for the national competition, but we can have it in Ocho Rios (St Ann) to meet people halfway, as most people do not go to Kingston. In going to the National’s venue, we have to get a bus from down here to travel all the way to Kingston, and then travelling back in the night. We do not get back until 3:00 or 4:00 in the morning. If it was in Ocho Rios, it would only be a two-hour ride from Kingston and from Montego Bay,” said Alvaranga.

“Every year, it is in Kingston, so why can’t we have it in Ocho Rios one year, then have it in Montego Bay one year, or have it in the county of Cornwall, Middlesex, and Surrey, and take turns and go around?” Alvaranga added.

Responding to the calls, JCDC acting Director Marjorie Leyden-Kirton said that the agency is open to discussions for taking the competition to other venues.

“As the name suggests, it is the National [Festival Queen] Competition, and we know Kingston is the seat of our national activities. It is not something that we would say ‘it can never be done’, but we would have had to have enough thinking into it, and for this year, our 60th anniversary celebration, I would not look to change that,” said Leyden-Kirton.

“Looking at it also, we have, in the past, done regional legs, where we would have taken the young ladies [around the island] so everybody gets a chance to see them before we do the national competition. It is always something we can discuss and see how that proposal could be delivered,” Leyden-Kirton added.

The Miss Jamaica Festival Queen Competition, which has been held as part of Jamaica’s annual Festival celebrations, started in 1962 – the year the island got Independence – as the National Festival Queen Contest, with Carol Crawford winning the Miss Jamaica title and then the Miss World Competition in 1963. The competition was revived in 1985 following a period of dormancy, and had its name changed to its current title in 1999.