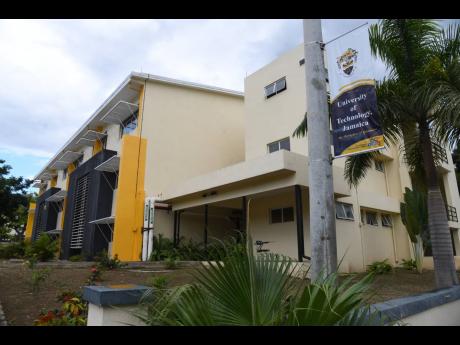 File
The Papine campus of the University of Technology, Jamaica. 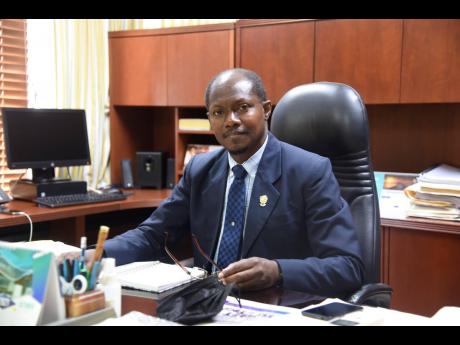 Like scores of university students in Jamaica, Leahcim Powell was excited about the idea of jetting off to the United States for the very first time on the work-and-travel programme. Powell said he spent around J$300,000 to prepare documents and...

Like scores of university students in Jamaica, Leahcim Powell was excited about the idea of jetting off to the United States for the very first time on the work-and-travel programme.

Powell said he spent around J$300,000 to prepare documents and pay an agent to secure a job for him at Lands End Resort in Alaska for about 16 weeks.

The third-year University of Technology (UTech) student was keen to earn enough money to cover looming tuition fees as many other university students have been doing in recent years.

He applied for a J1 visa through the US Embassy in Kingston, and his agent secured an appointment date and time for May 18 at 7:15 a.m.

Powell was prepared for his interview and believed things were going well for him, up to the point where he was asked to issue his transcript from UTech.

But when he appeared before the friendly consular officer, he faced the embarrassment of being turned back because of a botched transcript, which The Gleaner has seen.

“She then asked me what’s my name. Can I spell it? And I spelt my name, and then she asked, ‘Can you explain the grades on this transcript?’” Powell said in a recent Gleaner interview.

It was at that point that Powell got the rude awakening that the transcript didn’t bear his name and that the failing and missing grades weren’t consistent with his for the fall semester 2021-2022 academic year.

The trauma surrounding error-riddled transcripts continues to haunt students across the spectrum of schools, dooming ambitions of overseas study and other avenues of self-development.

The Jamaica Observer reported in April that many high-school graduates were experiencing nightmares because of bungled transcripts – either through negligence or by malicious design.

“I would say 80 per cent of Jamaican students applying to colleges in the United States – even brilliant, high-achieving, excellent students – have no chance of getting in because their transcripts, as well as their profiles, are badly prepared,” noted educator Dr Dennis Minott was quoted as saying.

After expressions of regret from UTech’s registrar’s office regarding the Leahcim Powell fiasco, a new document was reissued. But the damage had already been done and time had run out.

Powell was not able to secure a new US Embassy interview for a J1 visa in time to meet an end-of-June deadline.

He is also fearful that the foul-up might have been recorded as attempted fraud.

“I feel a bit frustrated about what has happened to me regarding my plans for work and travel, etc,” Powell said.

Professor Colin Gyles, acting president of UTech, said that the registrar was only aware of one such transcript error.

But at least one other report of botched records was made to The Gleaner, raising questions about the scale of the problem.

“The student came back to the university and the correction was done … . It is not the norm for us to appeal on behalf of the student,” Gyles said of Powell’s case.

“What we do is provide the information to the embassy because we have a good relationship with the embassy, and whenever issues arise, it’s not the first that the embassy has called. In fact, they didn’t call on this occasion.”

Gyles said that the embassy has reached out to its offices in the past to query records submitted fraudulently by students.

Powell is not alone in his dilemma.

Another UTech student, Jameal, who participated in the work-and-travel programme twice before, told The Gleaner that he, too, was rejected on similar grounds in June.

He said he completed the last semester, but the period of study recorded on the transcript was wrong.

“So none of that [last semester and the semester prior] no show say mi go school or anything. Dem [the consulate] a say I’m not a student. So a dat di embassy tell mi seh, like mi no have no proof fi show say mi a student at UTech,” he told The Gleaner.

What is worse is that he reportedly paid $1,000 for a status letter that never outlined that he was still a student of UTech.

He was scheduled to start working in Alabama with the option of starting between May 25 and June 29.

After being rejected by the embassy, Jameal pointed out the error to the office that had issued the transcript.

“The lady who is in charge of the whole transcript and thing a tell me say why dem nuh put it say I’m still a student is because I would have to be registered for the summer semester,” he said.

He believes that that should not have been so because he never intended to do summer school this year. The student said that he intends to return for his final year in late August.

Unlike Powell, his name was correct on his transcript.

Efforts to reach the US Embassy for a substantive comment were unsuccessful as a spokesperson issued a terse response.

“Visa records are confidential under US law. We, therefore, do not discuss individual visa cases. Individuals with specific inquiries can write to the embassy at KingstonNIV@state.gov,” the spokesperson said.