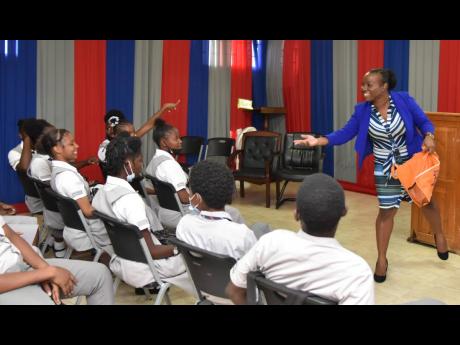 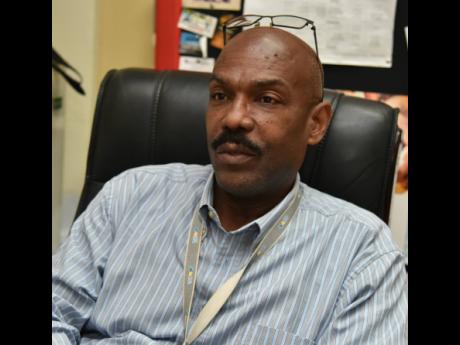 A mental health and wellness campaign is being hailed for restoring a sense of calm among students at the Clan Carthy High School in Kingston after almost daily fights characterised their readjustment in a return to classroom in March after two years of online lessons.

Administrators acknowledged that a host of personal issues had built up on students’ shoulders during the course of the pandemic, some of which became too burdensome for the youngsters to manage on their own.

“COVID did a lot of damage and caused a lot of setbacks ... . Nothing was normal when we started out,” Vice-Principal Laurel James told The Gleaner on Thursday, noting that the problem stemmed from students having to resolve issues on their own while away from school.

This, he said, continued once students returned to the physical classrooms in March as they abandoned the authorised channels through which they could voice complaints and have matters addressed.

Recalling the days after school resumed after the COVID-19-forced closure, James said that numerous fights would break out.

“We kind of calm down now over the last month or so where we don’t have many of those,” he said, noting the fall in the rate of physical altercations.

The turnaround came after the guidance counselling department redoubled its efforts to address the various issues as they arose.

A sexual exposure intervention was among the strategies deployed because administrators realised very quickly that the students returned having been exposed to sexual images. The school also had to put measures in place to monitor Internet activity as they would search for pornographic content.

“We had to be very vigilant though it was not a lot [of students],” said James.

Empowerment Wednesdays was another strategy employed that resulted in the much-improved behaviour now seen in pupils.

Clan Carthy High was among the schools recently visited by Health and Wellness Minister Dr Christopher Tufton and his team, with support from the education ministry, to sensitise students on mental wellness.

This initiative was launched on Monday and is expected to target 50 schools – 30 through face-to-face sessions and the remainder through online platforms.

Administrators and teachers will also be included in the sensitisation sessions during the summer period to equip them to deliver some of the messaging to students in the upcoming school year.

Various communities will also be targeted as Tufton and his team will go into homes and speak with community leaders.

During a rap session with students on Thursday, Tufton spoke about the impact of stress on the mind and body, citing it as “the enemy of happiness”.

The students were given tips on how they could reduce their stress level and overcome the feelings that develop alongside it.

Tufton expressed an understanding of the various realities of the grade eight students who he addressed, noting that some would have come from homes where a parental figure was not always present to guide them.

“All we are here to do is to encourage you to enjoy growing up because sometimes it’s stressful,” he said, noting that unmanaged stress could result in illness, substance abuse, indiscipline, or drive students to engage in unlawful activities.

Tufton implored students to find trustworthy individuals who have their best interest at heart who could give them good advice and provide a listening ear as a means of unburdening themselves from stress.

He also recommended managing stress levels through rest, nutrition, and exercise and encouraged students to educate their parents about the issues discussed.

“I want you to carry back this message to them. Tell them that minister says stress is not a good thing [and] that you must find ways together to overcome the stress,” he said.

He told The Gleaner that it was important for the ministry to be more comprehensive in its approach in helping children to find ways to cope.

“The two schools that I’ve participated in – Alpha and this one – it suggests to me that the students are receptive,” he added.

VP James was happy that the school saw a positive turnaround in the student behaviour towards the end of the term. He is hopeful that the gains will not be eroded over the summer holidays.