‘My brother was my everything’ 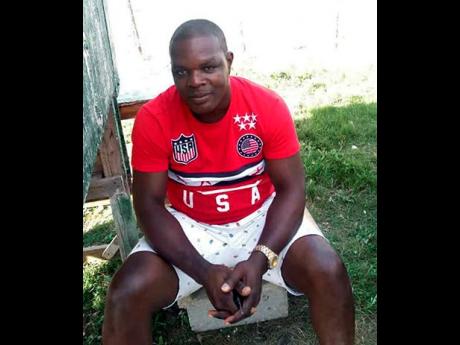 Forty-four-year-old taxi operator Ralston Cockett, who was gunned down on the weekend in Springfield, Clarendon, had plans to celebrate with his sister at her June 24 wedding. But owing to disruptions linked to the COVID-19 pandemic, his family’s...

Forty-four-year-old taxi operator Ralston Cockett, who was gunned down on the weekend in Springfield, Clarendon, had plans to celebrate with his sister at her June 24 wedding. But owing to disruptions linked to the COVID-19 pandemic, his family’s efforts to help him secure a visa for travel were futile.

His sister’s honeymoon celebrations were short-lived, as Cockett, also known as Mark, was shot dead a day after her wedding.

Reports are that about 11:40 p.m. on Saturday, residents heard explosions in the area and alerted the police.

On arrival, the cops found Cockett lying face down in his yard with multiple gunshot wounds. He was transported to hospital, where he was pronounced dead.

Cockett, who is the brother of a police officer, is believed to have been targeted and was called a “police informer”, a source in the Jamaica Constabulary Force said.

But his sister, Kimone Cockett, has refuted the claims, citing them as attempts to cover the true circumstances surrounding her brother’s death.

“I just got married. They know how important my brother is to me. Nobody can tell mi say a nuh plan dem plan this. My brother was my everything,” said an emotional Kimone.

According to Kimone, Cockett was targeted because he made a report against a man for allegedly attacking a relative.

“Threats have been sent to our family and Mark numerous times, and that is why he went to the police and said if anything happens to me, that person is responsible, and that’s one of the reasons him nuh stay out at nights or when it’s getting dark,” Kimone disclosed.

A receipt seen by The Gleaner showed that Cockett had filed a report with the police in January about threats being made against him.

“How is he an informer? Because he was trying to protect a child from [name redacted]? My brother also made a report to the police to say, ‘Hey, if I die, it’s [names redacted] because they had been sending threats to him. He didn’t deserve to die,” she said.

Cockett’s daughter is reportedly devastated by his murder.

“She’s in shambles,” Kimone told The Gleaner on Monday.

Kimone said her brother was a decent man who got along well with community folk and was very vocal in denouncing any act of violence.

“Mark goes to church, wash him car on Sunday, and him drive taxi. The whole Banks community is crying because he’s not the person to get up and get himself involved in anything,” she said, describing her late brother as a peacemaker and a family man.

“My mom is not his mom, but he’s like a son to my mother. He’s always preaching peace in the family,” she told The Gleaner.