US FLEXI JOBS FOR NURSES 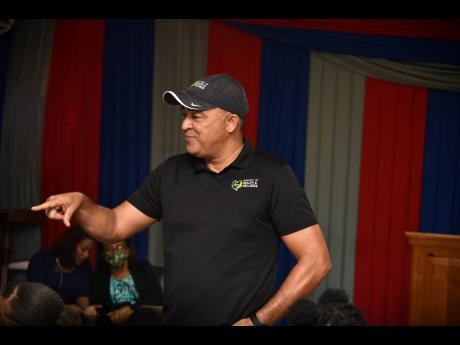 The Government is in discussions with four overseas entities for a partnership deal engaging local nurses and doctors on three-month ‘flexi-contracts’ in the United States to stem the tide of migration. Health and Wellness Minister Dr Christopher...

The Government is in discussions with four overseas entities for a partnership deal engaging local nurses and doctors on three-month ‘flexi-contracts’ in the United States to stem the tide of migration.

Health and Wellness Minister Dr Christopher Tufton, who recently toured eight hospitals in Florida, Georgia, Washington, DC, and New York, told The Gleaner that a memorandum of understanding is now being explored.

The minister first publicly floated the idea while making his contribution to the Sectoral Debate in May, saying that it was more feasible to collaborate with, than compete against, recruitment agencies in efforts to retain Jamaica’s healthcare workforce.

The migration crisis is particularly stark among nurses, with hundreds wooed by higher salaries and better working conditions overseas.

“I had discussions with a number of these health systems. I also mooted the idea for discussion at this point of ‘flexi-contracts’, where we should begin as a country to start thinking of offering a nurse or even a doctor the flexibility to work in one jurisdiction and to reserve, similarly, on the contract a period to work here in Jamaica,” he told The Gleaner.

This, he said, could offer a number of benefits, especially in stemming the rate at which Jamaican nurses were migrating.

Currently, Jamaica has a deficit of approximately 1,000 nurses in all specialties.

A number of public hospitals, including the Cornwall Regional Hospital (CRH) in Montego Bay, St James, have also been experiencing high attrition rates in recent months.

Last month, Western Regional Health Authority Clinical Coordinator Dr Delroy Fray told The Gleaner that the region had implemented a training-rotation scheme for nurses to get experience in different clinical areas as it continues to lose specialists to overseas employers.

But in mooting the proposed system, Tufton outlined that the healthcare workers would have the luxury of earning both foreign and local currency and have the satisfaction of continuing to be based in Jamaica as many resort to migration as a last option. They would also gain experience and make themselves more marketable.

“We do it with farm workers. We can do it with skilled workers also,” Tufton told The Gleaner. “Our position is that what we need to do is not to seek to believe that somehow, we can magically make Jamaica the only option. The world has changed.

“I do believe in my heart of hearts that it is the future, and we need to look at this as the future [as] it does not place any of our local people at risk,” Tufton said.

The health minister said he is also hoping to address Jamaica’s limited teaching faculty and clinical rotation space resulting from limited beds for nurses to train. He has proposed seeking out overseas partnerships that could facilitate sharing faculties and hybrid teaching, whether remote or in person. As a result, clinical spaces would also be shared so that “a nurse can train here part time and train at a hospital in Miami or Connecticut”, he said.

This course of action would be similar to the approach taken in 2019, where 13 critical care nurses and two nursing educators were sent to the United Kingdom to the Leeds Teaching Hospital under a specialised training programme.

A similar programme was held in the previous year with a batch of nurses venturing to China for clinical rotations.

“It worked, and so we are building on the learning experience of that,” Tufton said.