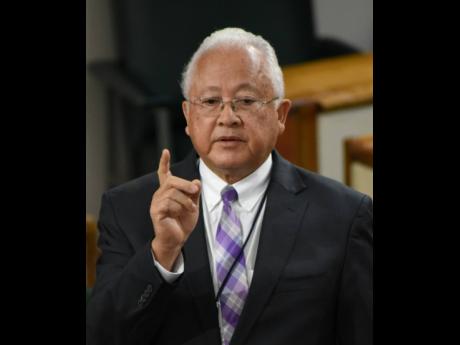 Justice Minister Delroy Chuck has raised concern about the action of some developers who breach restrictive covenants enjoyed by residents with little regard for the well-being of communities.

He observed that there were “chaotic and ramshackle housing developments across Jamaica”.

According to Chuck, many quiet and orderly communities have come under severe pressure due to the unwelcome invasive developments.

Addressing the Jamaica Developers Association Real Estate Development webinar on Thursday, the Cabinet minister made it clear that he strongly supports orderly residential and commercial developments.

While acknowledging that the country needs more developments, Chuck told developers that it was important that they respect the character of the neighbourhoods as well as the privacy and restrictive covenants within the community as he noted that high-rise multifamily buildings were being constructed next door to single-family units, causing much distress to neighbours.

“I strongly urge that an appropriate protocol should be developed and followed to ensure that the property owners use appropriate means to secure the support of residents within the community for any proposed development,” he said.

“It is simply not right that residents who are beneficiaries of a restrictive covenant should be forced to protect their property rights when they should have been consulted before development approval is granted,” he insisted.

His comments come in the wake of a series court challenges by residents to multi-storey developments going up in their neighbourhoods, especially within Kingston and St Andrew.

Chuck also urged municipal corporations to have developers provide guaranteed commitments to repair and restore roads that are usually damaged around every development.

“Residents in these new developments deserve properly asphalted roads to access their homes. It is a crying shame to witness how developers or their contractors destroy roads and completely ignore repeated requests to have them repaired,” said the St Andrew North Eastern member of parliament.