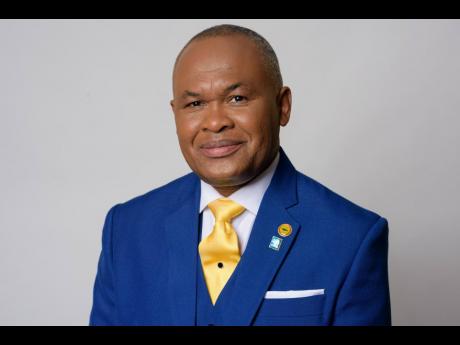 The Customs Brokers and Freight Forwarders Association of Jamaica (CBFFAJ) has lashed out at the Jamaica Customs Agency for reportedly attempting to institute a clearance policy for brokers without seeking their input. The association has warned...

The Customs Brokers and Freight Forwarders Association of Jamaica (CBFFAJ) has lashed out at the Jamaica Customs Agency for reportedly attempting to institute a clearance policy for brokers without seeking their input. The association has warned that it will not support the move without consultations.

The contactless clearance policy, which would allow for warehouse operators to oversee the inspection of cargo, instead of brokers, was slated to have taken effect last October but was put on hold after the association objected.

President of the CBFFAJ, Clive Coke, said that his association was not aware of the rationale for the policy shift but warned that the Customs’ deployment of warehouse operators could wipe out hundreds of jobs.

He accused Customs of seeking to monopolise the industry with six or seven warehouse operators throughout Jamaica seeking to replace the jobs of 300 customs brokers.

“It will put hundreds of persons and customs broker clear clerks who we employ out of jobs and we are protected by the customs laws, and in the wisdom of the drafters of those laws, they would have seen the need for more persons to be involved in the system because it speaks to better transparency and accountability when there are more of us looking out other than a few warehouse operators,” Coke said in a Gleaner interview on the margins of the group’s annual general meeting at The Jamaica Pegasus hotel in New Kingston Sunday.

The association, said Coke, has been in the dark over Customs’ plan but has heard “that they are saying that there may be some tweaking but they will not be making a U-turn”.

Additionally, the customs brokers and freight forwarders’ lobby said that Customs has not made any new attempt to meet with the brokers.

Coke conceded that there might be concerns regarding the management of personnel flows for the inspection of cargo but said that a wholescale lockout of customs brokers was not the answer.

“So, while we do understand that there may be issues with 300 persons turning up at the port on a particular day to clear barrels, we are willing to seek a resolution to that. There was no consultation with us prior to their attempt to implement this process,” he said.

Furthermore, Coke stressed that customs brokers and their representatives are duty-bound to be present when representing the interests of their clients during clearance.

He said that the Jamaica Customs Agency’s reform was unviable as it was not compliant with the Customs Act or the Kyoto Convention – an assertion the association has reportedly conveyed through its lawyers, Henlin Gibson Henlin.

Customs, he said, was advised by the firm that that policy was also improper on the basis that it had attempted a similar policy 10 years but had to abandon the plans.

La Donna Manning, director of public relations and customer service at the Jamaica Customs Agency, said that initial consultations were done on the Contactless Clearance Process with stakeholders, including associations representing customs brokers and freight forwarders.

“The agency has been working assiduously internally to incorporate the critical feedback received from the stakeholder groups and will further engage our key stakeholders in the coming weeks,” Manning said in response to The Gleaner late Sunday evening.

“The agency will not implement any critical process or procedure, or make any significant change, without educating or sensitising our stakeholders or engaging in the relevant consultations. We remain transparent.”

Coke said that his members would not be opposed to non-intrusive inspections being done, but insisted that brokers or their clerks need to be present in the event of short shipments, damage, or missing goods.

“We reached out to Customs and told them that we need to be consulted. We are not opposed to change, but we have a function. We have our legal duty to execute, and we have to be part of the process,” he added.