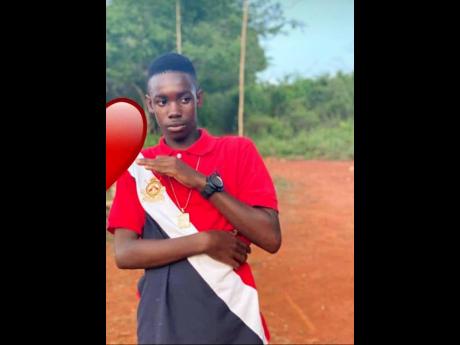 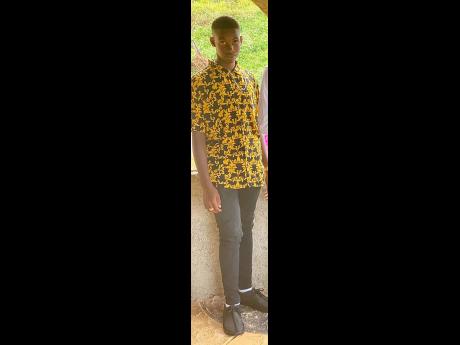 Contributed
Vesteroy Sinclair of New Forest High was said to be a great cook and an ace in the performing arts.
1
2

A Manchester family is in grief after a 15-year-old boy was shot dead Saturday evening as he bravely came to the rescue of his mother during an attack by robbers.

Vesteroy Sinclair instinctively reacted to screams from his mother, Paulette Ingram, who operates a shop in their yard in Turner Top district.

Twenty-seven-year-old Antonette Hill-Swaby, sister of the slain teen, said she cannot fathom how she lost her innocent and quiet brother, a student of New Forest High, to violent crime.

Hill-Swaby is filled with regret having not seen her brother, who was nicknamed ‘Jay’, in the last two weeks. They had planned to go out that very night for a social event and to catch up on happenings in each other’s lives

Vesteroy’s sister said that she fell from her bed in shock when she got confirmation from Ingram of her brother’s death.

“Jay does not deserve this death; Jay is a humble youth. Jay caring. As long as Jay have him money and you ask him fi buy you something, Jay a buy you it,” Swaby-Hill said in a Gleaner interview Sunday.

“The crime system is getting out of hand,” she lamented.

Vesteroy, the youngest of his mother’s four children — two girls and two boys – was believed to have held the potential to lift his family out of poverty and to end what seemed to be a generational curse of not completing high school because of financial constraints.

“My mom didn’t have the money at the time to pay for our CXC, and my big brother didn’t finish school either, so I always say to them, ‘Mom have four children, dem can’t come out and don’t come to nothing, so you guys are the two young ones leave, so I want unnu to come out to something good,” Swaby-Hill recalled saying to Jay and another child who attended B.B. Coke High School and who recently passed seven Caribbean Secondary Education Certificate subjects.

Ingram is a single mother and a true Jill-of-all-trades, operating not only as a shopkeeper, but also as a farmer and hairdresser to make ends meet.

Hill-Swaby has fond memories of Vesteroy, including how he would often rub her baby bump with olive oil, while pregnant with her second daughter, to ease tensions in her swollen feet. He would also massage her aching shoulders.

She also reminisced on the mouth-watering home-cooked suppers prepared by Vesteroy, which filled the family kitchen with an irresistible aroma.

The most recent meal he cooked that she recalled parktaking of was a plate of brown-stewed chicken with white rice and a glass of strawberry juice that was mixed too sweet.

“That was the last time mi eat outta mi brother hand,” she said, while on the brink of tears.

Trisha Williams Singh, chairperson of the school’s board and Jamaica’s Early Childhood Commission, said word of Vesteroy’s death was “one of the hardest news to receive”.

She told The Gleaner that Sinclair had a promising future and was never misguided or had to be sent to the principal’s office for indiscipline.

Describing the school’s loss as great, Williams-Singh said that Sinclair had just concluded end-of-year examinations last Wednesday and was looking forward to transitioning into grade 10.

“Our school is quite shaken at this time. New Forest is a family. It’s a small school; it’s a community high school,” she said.

The board chairperson noted that the south Manchester area had been plagued by multiple robberies in recent times and that parents have growing concerns about the security and safety of their children.

Williams-Singh added that the school was prepared to offer assistance to the family through counselling or contributions to the burial.

Vesteroy was reportedly a lover of music and the top performer in the school’s performing arts department, with his last performance of note at Jamaica Day celebrations.

Arnaldo Allen, principal of New Forest High, described the late teenager as a quiet and unassuming student enrolled among the Pathways One group, which performed exceptionally well.

Allen, who condemned the murder and visited the family home on Sunday, said that the entire community has been visibly shaken.

He also lamented an anecdotal rise of armed robberies in the area.

“The gun is just knocking on the doors of our communities, and I wonder when it will stop,” Allen said, while encouraging the country’s leaders to seek divine intervention to tackle the “perpetrators of evil”.