Lurking in the shadows 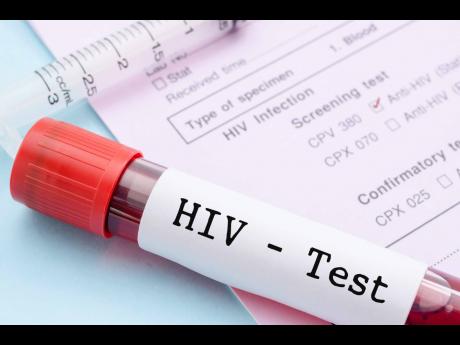 Already faced with the perils of COVID-19 and reports that a case of the monkeypox virus has been confirmed locally, Jamaicans are again being warned about the long-standing HIV/AIDS pandemic, which researchers at the Northern Caribbean University (NCU) project has been on the rise since 2018.

Paul Bourne, acting director of Institutional Research at NCU, said the probe, dubbed ‘An Examination of the Prevalence of HIV/AIDS and the Behaviour of HIV/AIDS Infected’, evaluated the rise and decline of HIV transmission in Jamaica over the past 20 years.

While there was a decrease in cases prior to 2018, the data suggests that the country is currently undergoing a rise of infections – most of which are undiagnosed, Bourne stressed.

This is compounded by mental and economic strain from the COVID-19 pandemic, and a breakdown in responsible sexual health practices that often thrive in such stressful situations. Jamaica’s first case of HIV/AIDS was reported in 1982.

AN INCREASE IN CASES

“There is a rise in the number of HIV/AIDS cases from the data. [The year] 2018 was the start of the third phase in the last 20 years,” said Bourne, noting that since it was first detected locally, the virus has seen a rise and then fall in numbers up to 2018.

“We are now in the increase phase again. So, I am predicting that up to about 2025, using the same trend, that there will be an increase in HIV,” he warned.

“Additionally, given that our studies last year have shown an increase in the number of persons who are having multiple partners, and using less condoms ... we are expecting even more in terms of the HIV figures,” he said.

“You have a situation where you don’t really know who is HIV-positive, and while you can project, based on the numbers, that there will be an exponential rise, we can’t say that it will be a rise of four per cent or two per cent, etc.”

According to Bourne, the COVID-19 pandemic “came up on us suddenly and we have dropped the baton of keeping people focused on HIV as well. So because people are home and many of them are having multiple relationships, suffering as well from the rising economic conditions, the matter has intensified.”

Bourne said analysis was done based on information published by the Ministry of Health and Wellness (MOHW), but when the study was sent to the ministry, representatives said the study required “further clarification”.

The lead researcher said that he is open to those discussions.

Dr Alisha Robb-Allen, acting senior director of the MOHW’s HIV/STI Unit, noted that at the end of 2021 there were 27,576 persons living with HIV in Jamaica as per a count by the National Surveillance Unit; and that there is a 1.3 per cent prevalence of HIV in Jamaica, if looked at through estimates by the Joint United Nations Programme on HIV/AIDS, which puts the local HIV/AIDS population at 30,000.

“There has been a steady decline in the number of new cases identified per year since the peak of 1,451 cases in 2006. The epidemiological data shows that for the last five years, the highest proportion of new cases per year was in the 15-24 age population,” explained Robb-Allen.

“The most recent Knowledge, Attitudes and Behaviour Practices Study of 2017 by the MOHW showed a decline in the knowledge of HIV in the youth cohort. This speaks to a need for targeted interventions to this group as this is being reflected in the new cases reported per year.”

Asked Friday whether the national HIV/AIDS response was being sidelined due to COVID-19, Health Minister Dr Christopher Tufton said: “We continue all programmes” – a position which representatives of the Jamaica AIDS Support For Life (JASL) held as reasonable.

“If this (COVID-19) is the issue affecting people and taking lives, the Government truly is going to focus there; it is just a natural response. It will automatically follow that other things that need attention will get less attention,” said Patrick Lalor, JASL’s policy advocacy officer.

Of greater concern, Lalor argued, are restrictions placed on JASL members when they attempt to speak to children at schools, although the group is reflecting the highest increase in infections.

“So the reality is that if we do not move away from an era where sex and sexual activity is taboo, I am not surprised that a study is showing that there will be new infections,” he argued, adding that the closure of face-to-face learning not only impacted outreach but also the vulnerability of children and young adults to risky sexual encounters.

Meanwhile, the HIV/STI Unit said it has been engaging in community initiatives in partnership with other stakeholders to address the HIV/AIDS issues in Jamaica.

Earlier this year, the Government allocated $1 billion towards national HIV/AIDS response in Jamaica for the 2022-2023 fiscal year. The programme is aimed at reducing morbidity, and reducing new HIV infections among key populations through behavioural interventions.