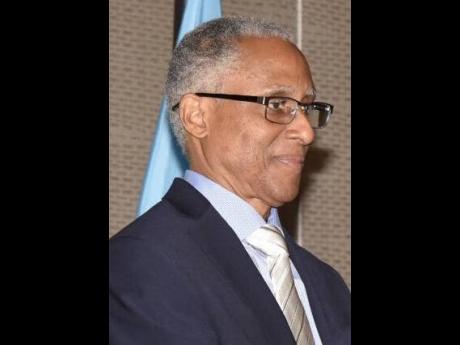 Caribbean Court of Justice (CCJ) President Adrian Saunders has argued that the fundamental reason for the paucity of Jamaican cases that go to the Privy Council was the crippling expense that acts as a barrier to many.

He said that the filing fees at the London-based court, coupled with the significant fees paid to English solicitors, deter all but the wealthy and legally aided from taking their cases to Jamaica’s final court.

The Caribbean countries that now send their final appeals to the CCJ are Barbados, Guyana, Belize, and Dominica.

Saunders noted that in each of these countries, there has been a dramatic escalation in the volume of cases being adjudicated in the second appellate tier or the CCJ as compared to the period prior to their accession.

He said that for the 10-year period before and after accession to the CCJ, Barbados and Belize saw increases of approximately 320 per cent and 144 per cent, respectively, heading for the final courts.

The CCJ president reasoned that no other Commonwealth country with a population or land area the size of Jamaica sends its final appeals to be heard in London.

Jamaica’s population is approximately 10 times that of Barbados and seven times Belize’s.

He said that during the period 2016 to 2021, only 20 second-tier appellate judgments were delivered by Jamaica’s highest court.

For the comparative period, the CCJ delivered 43 judgments from Barbados, eight from Belize, and 52 from Guyana.

Saunders said that with an estimated 270 appellate decisions each year by the Jamaican Court of Appeal, only about three or four of those judgments are appealed further at the Privy Council.

He stressed that such a role was reserved for a citizen of Britain.

Saunders also argued that only in the English-speaking Caribbean are the merit and worth of the CCJ questioned. In the rest of the world – and even in the UK – the CCJ is regarded with the utmost respect, he noted.

He rejected the notion that Caribbean judges can be reached by politicians, noting that that kind of reasoning was offensive.

The CCJ president also noted that Jamaica spent US$27 million to help capitalise the CCJ Trust Fund that was created in order to insulate the court and its judges from any actual or perceived political pressures that might exist.

However, Saunders questioned whether Jamaica had realised a full return on all of that investment.

He also questioned what such a return should look like, the opportunity cost of failing to realise that full return, and the objective impediments to such realisations.

Saunders said that ultimately, it is the Government and people of Jamaica that must answer these questions.