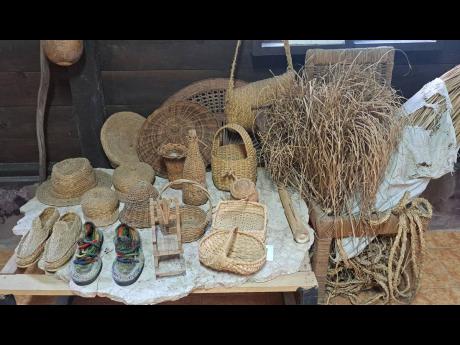 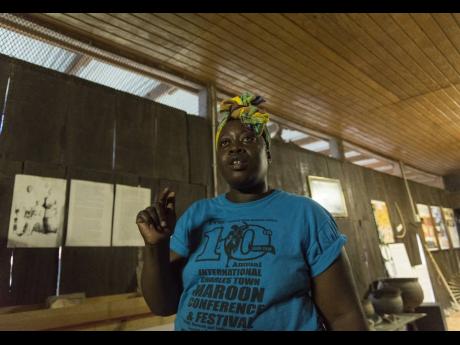 CHARLES TOWN, Portland: Charles Town Maroons Colonel Marcia Douglas says the residents of her enclave are joining in the island’s celebration of Independence just as they celebrated on Emancipation Day. Douglas told The Gleaner that the Maroons...

Charles Town Maroons Colonel Marcia Douglas says the residents of her enclave are joining in the island’s celebration of Independence just as they celebrated on Emancipation Day.

Douglas told The Gleaner that the Maroons consider themselves citizens of Jamaica, noting that, as a sovereign state, Jamaica has laws which are legally binding to all, despite whatever other varied Maroons laws and rules exist in the different enclaves.

The remarks come after recent years of heightened tension between the Government and one of the island’s Maroon leaders, who questioned the authority of the Jamaican State within the boundaries of his enclave.

“We have to live our way – the Maroon way – as well as the Jamaican way. We are not bound by any pressure and we are not forced to do anything that we don’t want to do. We do not own our own oil. We do not own our own hospital. On our birth paper, it did not say ‘Charles Town Maroons’; it says ‘Government of Jamaica’. It therefore means that you are in a state, even though you are a state of your own,” said Douglas. “ ... If you know how to work with the Jamaican Government, as well as they know how to work with you, then there won’t be any problem and there shouldn’t be any problem.”

Douglas continued: “So we still regard and recognise Emancipation Day, even though we recognised it from 1808, when the slave trade was over and all people were set on their own way. That being said, we still have to recognise the country’s Independence of 1962, as we are still a part of the State.”

The Charles Town colonel is leading a campaign to preserve the culture of the group and educate the public about the Maroon’s rich heritage and traditions, which she believes are being watered down.

“Traditionally, for Emancipation [Day], what the Maroons would do is to gather as a community to tell stories, to talk with the children, to teach the different drumming and dancing of their own ancestral heritage,” Douglas told The Gleaner, adding that the group usually participates in annual Emancipation jubilees.

“Today we find another way of even sharing it in a wider area, where the public can learn and be educated about the culture,” she said, noting that the Maroons want to share information on their quest for freedom, indigenous food, way of life, rituals, drumming and other aspects of their culture.

“In reality, people have heard about the Maroons, but some people have not experienced dancing by the Maroons. And people, although they have heard about the maroon, they have never met a maroon descendant in person. So, when we actually go out there, people really [will] know that yes, it is living truth. It’s not just somebody’s voice saying, ‘We are Maroons’, but they would have seen the African dances and the languages,” she added.

The Charles Town Maroons will be setting up a village at Lynch Park in Buff Bay, Portland, during the Independence Day celebration and concert put on by Portland Western Member of Parliament Daryl Vaz, where they will showcase their culture, including some artefacts.

“We all know that jerked pork started with the Maroons, who had to find a way of preserving their meat, as back then no refrigerator or cold storage was available. We are still engage in preparing the food in the old and authentic way. It was a knowledge that was imparted to us. ... They had to find a way to keep the meat as they traversed through the bushes while fighting against the British,” said Douglas.