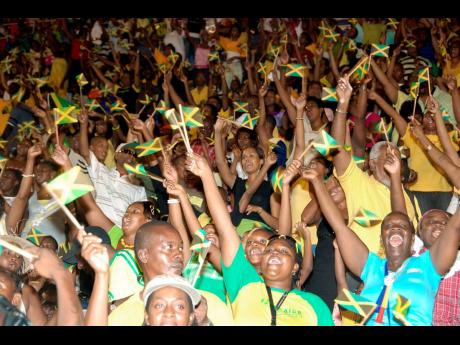 Ten years ago, when Jamaica marked its 50th anniversary of Independence, we stressed the urgency of attending to the country’s many problems if the assessors in another half a century’s time were to avoid the lament of the present crop of “too many missed opportunities”.

A decade on, the observation remains pertinent. This is not to claim that nothing of worth has happened in the intervening period – just not enough, or fast enough. Moreover, the world in which we live and operate has grown more complex, and, in some respects, more dangerous. Indeed, some of the problems that confront us today were far from our contemplation a decade ago. For instance, as we mark this 60th year of Independence, Jamaica is emerging from an especially difficult two years, marked by the COVID-19 pandemic, which has infected over 500 million people worldwide and claimed more than six million lives. Over 3,000 of those deaths have been in Jamaica. We now must balance pursuit of economic recovery in a challenging and geopolitically risky global environment, with adjusting to life with a resilient and evolving COVID-19 virus and new and emerging diseases.

Dealing with these issues becomes more complex in a domestic sphere that continues to grapple with two other Big Cs – crime and corruption – and the value they extract from our economic social development.

We are not without hope, however, as, indeed, even in the negatives there are many things that inspire us to confidence.

For instance, we celebrate Jamaica’s consistent record-breaking performances in sports, music, and other aspects of our culture, as well as those other positive nation-building attributes of our people and our country that make a small island nation in the Caribbean such a magnet for global interest and cultural influence. The challenge in the immediate, and for the next 60 years and beyond, is to harness these strengths in the interest of national development, which must include fixing our institutions, strengthening our democracy and delivering significant, sustainable and equitable economic growth.

Having an informed, skilled workforce will be important to Jamaica achieving these goals. Since Independence, we have had significant success in expanding access to education, but have problems with quality and equity to be addressed, which make a transparent implementation of the recommendations of the Patterson Commission’s report on education reform a matter of priority.

This is an environment which requires probity and transparency in a national effort which certainly highlights the continued relevance of – and need for – a free, robust and inquisitive press, at a time where independent media are stressed by the emergence of disruptive digital platforms and the hyperscalers, the big tech companies, that gobble up the lion’s share of global advertising from domestic media companies whose content they appropriate. This imbalance between the hyperscalers and the domestic media must urgently be corrected and will likely require legislation, as has been the case in other pioneering countries that have confronted the issue.

Independent media, too, are increasingly subjected to targeted campaigns of misinformation aimed at undermining their credibility, with the intent, at times, to cover up, and even perpetrate, acts of corruption. As a nation, we must be aware of and reject these attempts to destabilise institutions built on truth.

The Gleaner pledges to be part of the national enterprise by helping the country to engage in the necessary and frank conversation with itself. We will continue to tell the truth and hold to account those who the society entrusts with power with honest and actual reporting and forthright editorials. It is a role we have diligently and steadfastly played for the past 187 years for a society which has reposed great trust in us.