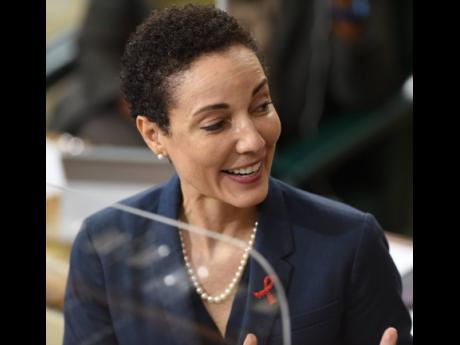 It said that the $18.2 million covered expenses related to air and ground transportation, COVID-19 tests, meals, accommodation, and public relations and communications.

Additionally, $25.7 million was expended on the Commonwealth Heads of Government meeting held in Kigali, Rwanda, in June.

The disclosure was made in a press release from the Office of the Prime Minister late Sunday.

The Government said that it ran a clean, transparent, principled campaign that met the standards of accountability.

“Despite not having won, Jamaica garnered significant and widespread international support. The contacts made and the opportunities to share views and secure understanding on issues of common concern have served to strengthen bilateral relations and further enhance Jamaica’s reputation as a strong voice on the international stage,” the release said.

The Government said that a dedicated and intensive travel schedule was pursued specifically across Africa spanning seven countries (eight governments) in 10 days.

It said that this was seen as critical in the campaign efforts as the continent includes 19 member countries of the Commonwealth.

But Johnson Smith came up short at the end of voting, where 24 of the 54-member Commonwealth group voted in her favour while 27 supported Scotland. Tuvalu’s Sir Iakoba Italeli had also joined the race to become the Commonwealth’s number one diplomat.

A senior diplomat pinned Johnson Smith’s loss on an about-turn by some African nations that had previously committed to supporting Johnson Smith.

“I think that there was some footwork that took place because the baroness offered herself for the two years instead of four in order to facilitate Africa coming in. That might have appealed to the African countries, and that was the game-changer,” the official said after the results.

Africa held the majority of the votes with 19, the Caribbean and Americas had 13, the Pacific 11, Asia eight, and Europe three.

In a Gleaner Twitter space hours after the vote, de facto Information Minister Robert Morgan argued that Johnson Smith built several relationships, and along with Prime Minister Andrew Holness, signed 17 bilateral agreements with countries that Jamaica would otherwise not have had the opportunity to engage with on a close level on a “shoestring” campaign.