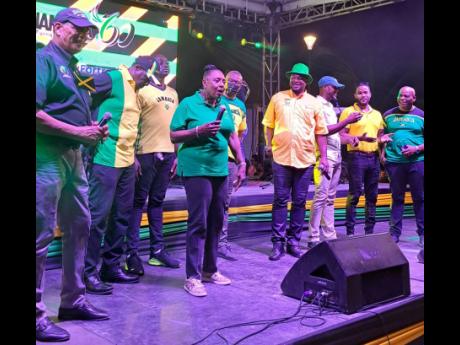 Montego Bay Mayor Leeroy Williams is recovering after he complained of feeling ill during Sunday evening’s Jamaica 60 Western Gala, briefly triggering a halt to the proceedings.

Williams had earlier taken part in segments of the St James Municipal Corporation-hosted event, which was taking place at Harmony Beach Park in Montego Bay.

After disclosing that he was feeling unwell, the mayor was taken by ambulance to a medical facility for a check-up.

“He is good now as he was checked, observed, and released,” Vernon said in a brief statement.

Williams had been out of office earlier this year due to illness, with chairmanship of the municipal corporation managed by Vernon in his absence.

Shortly before the scare on Sunday, the mayor and other St James councillors had been participating in the Western Gala, which was part of the national celebration of Jamaica’s 60th anniversary of Independence.

The five-hour function, which got under way some time after 6:30 p.m., treated patrons to a 300-drone aerial spectacle, similar to that which had taken place at the National Stadium in Kingston a day earlier.

There was also musical entertainment, with performances by dancehall artistes Chi-Ching-Ching and Microwave, cabaret singer Tammi T, gospel soloists Sudania B and Yvonne Cohen as well as the Adoracion ensemble and the Montego Bay New Testament Church of God Men’s Choir, among others.

During the proceedings, Williams had made a brief address and thanked Culture Minister Olivia Grange for arranging the event.

“Montego Bay is a very important place, and this is why they (ministry officials) went out of their way to ensure that they had this, so we are very happy,” said Williams.