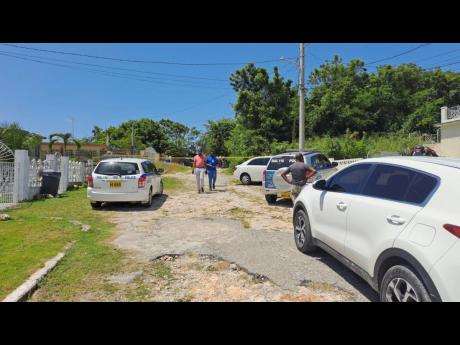 Photo by Hopeton Bucknor
Detectives outside the Montego Hills, St James home of retired police Inspector Ralph Medley, who is suspected to have committed suicide some time on Thursday night into Friday morning. 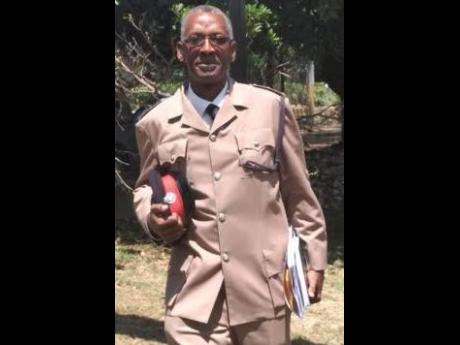 Contributed
Retired Inspector Ralph Medley, who was found dead at his St James home on Friday.
1
2

The Jamaica Constabulary Force (JCF) was on Friday shaken when news emerged that former Inspector Ralph Medley was found dead at his Montego Hills home in St James, in a suspected case of suicide.

The 62-year-old, who retired from the JCF in August of 2020, is believed to have shot himself some time between Thursday night and Friday morning.

He was discovered lying in a pool of blood inside his bedroom on Friday, with a single gunshot wound to the head, while clutching his licensed firearm.

Deputy Superintendent of Police Winston Milton described Medley as a champion for the cause of true policing.

“News of the unfortunate death of late retired Ralph Medley came to us as a shock earlier today,” said Milton, who is also the acting commanding officer in charge of Trelawny.

“Retired Inspection Medley served the Trelawny Division up to August of 2020. Prior to that, we would have served together in St James and Westmoreland,” he told The Gleaner. “I have found Inspector Medley to be a loyal, dedicated and committed police officer during his tenure in the organisation. He was a champion for the cause of policing.”

Milton said that Medley could be considered to be a welfare advocate, who served the Police Federation Inspector Branch for a considerable period of time, where he championed the cause of the rank and file.

“He was truly loved across Area One. He had a very good technical background, and he was very instrumental in procuring generators for some police stations here in Trelawny. His death is a great loss to us,” stated Milton.

Reports are that Medley, who lived with relatives at the Montego Hills home, had retired to bed on Thursday night. When he was not seen on Friday morning, the gruesome scene was discovered about 10 a.m.

Detectives at the scene on Friday said that no one at the house or in the surroundings reported hearing gunshots.

The former police inspector joined the JCF after spending time as a cadet and served in the force for 43 years.

He later took on a stint in the classroom, where he taught electrical technology.

Widely considered one of the most popular cops in the entire Area One across the parishes of Hanover, Westmoreland, St James and Trelawny, Medley also served the JCF through its communications arm, the Cuban Friendship Association, the Police Federation, and the St James Police Civic Committee.

He also studied law at the University of Technology, Jamaica, and while dedicating most of his life assisting persons around him, Medley was presented with the Sam Sharpe Award by the then St James Parish Council in 2013.