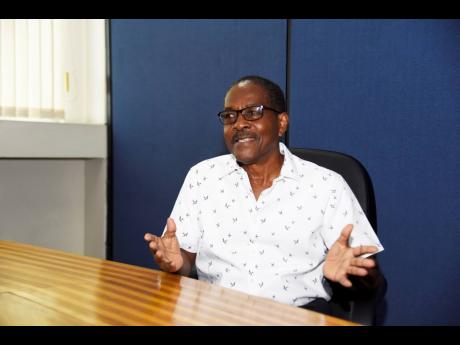 Retired legal luminary Seymour Panton has argued that any suggestion that the Court of Appeal could serve as Jamaica’s court of last resort was an attempt to extend the country’s ties with the London-based Privy Council which serves as Jamaica’s...

Retired legal luminary Seymour Panton has argued that any suggestion that the Court of Appeal could serve as Jamaica’s court of last resort was an attempt to extend the country’s ties with the London-based Privy Council which serves as Jamaica’s final court.

Justice Minister Delroy Chuck told The Gleaner earlier this month that he would prefer a final court established in Jamaica when the country leaves the Privy Council.

In a Gleaner interview on Thursday, Panton, a former president of the Court of Appeal, said he once supported the idea of a final court in Jamaica for the simple reason that the country’s final court should not be based in England.

“We are not Anglo- Saxons,” he quipped.

“However, long ago, I changed that position when I saw the viability of the Caribbean Court of Justice (CCJ), and for anybody now to float the idea of a final court being here in Jamaica, it would be my view that they are doing that to stall because the Caribbean Court is there already in existence; it is ready-made, waiting for us. We have contributed to its formation,” Panton contended.

He further reasoned that Jamaica did not have the infrastructure at this time for such a court, adding that it could take decades before a move in that direction comes to fruition.

Panton said he would be very happy if the Privy Council sent a clear message that it would stop hearing appeals from Jamaica.

He recounted that judges of the London-based final court had in the past signalled that Jamaica should accede to the CCJ.

On the question of his recent remarks surrounding the reticence of bar associations to air their views on the CCJ, Panton said his criticism was not directed at any particular person, but insisted that he made a statement of fact.

He reiterated that bar associations across the Caribbean have been silent on the CCJ debate, noting that they have not been pushing the parliaments in the region on the issue.

The former Court of Appeal president maintained that it was also a statement of fact that quite a few lawyers are politicians – “so there is no criticism of them. I am just making a statement and saying that I trust that they are not being influenced by their political thinking”.

Asked to comment further on the issue, Panton said was uncertain as to why there seemed to be a pall of silence on the part of the associations.

“That is why they need to come out and speak, and that is why I have to ‘jook’ dem. I don’t know why they are so silent, so I am wondering, ‘Is it because of politics?’ And if it is so, I think somebody like me should say it that, ‘Look, don’t allow politics to influence how you think about our final court,” he cautioned.

In a recent address to past and present senior members of the judiciary, Panton declared that the legacy of Jamaica’s policymakers would be stained by their insistence on clinging to the coat-tails of the Privy Council.

Speaking at a dinner to mark the 60th anniversary of the Court of Appeal on August 3, Panton described Jamaica’s final court as an anachronism.

He warned that the national psyche was being “adversely affected by this stubborn attachment to the Privy Council.

“The policymakers should start thinking what they will tell their grandchildren in relation to this fond attachment,” he said.