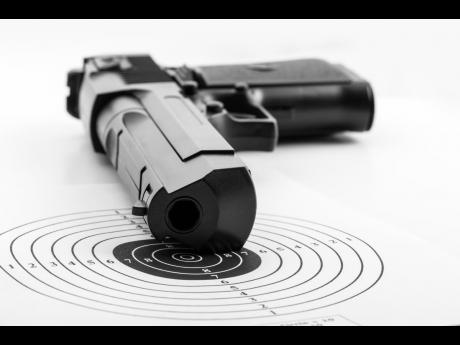 Troubling details have emerged about the processes that resulted in two alleged crime bosses getting gun permits, one of which triggered investigations into several high-ranking members of the police force. 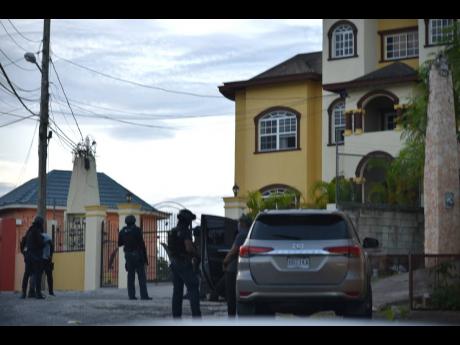 Contributed
Anthony Daniels, 50, is one of four men who were arrested during a series of predawn operations in July that targeted top-tier players in a transnational drug trafficking syndicate, local law enforcement officials charged. 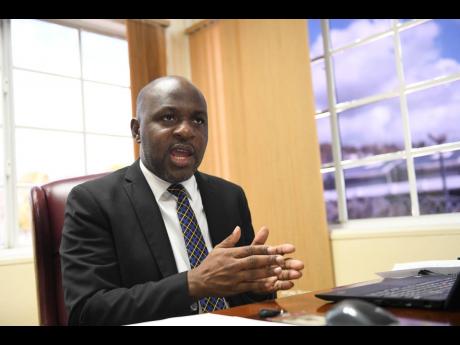 A Sunday Gleaner probe has uncovered troubling details about the processes that resulted in two alleged crime bosses getting gun permits, one of which triggered investigations into several high-ranking members of the police force. An unnamed...

A Sunday Gleaner probe has uncovered troubling details about the processes that resulted in two alleged crime bosses getting gun permits, one of which triggered investigations into several high-ranking members of the police force.

An unnamed suspected arms supplier to the underworld had two gun licences; while Anthony Daniels, who is facing extradition to the United States on drug trafficking charges, had one, the Firearms Licensing Authority (FLA) has confirmed.

The disclosures have triggered public outrage and demands for an explanation and persons to be held accountable.

Daniels’ case was the more egregious and “reeks of corruption”, a whistle-blower charged during an exclusive interview with The Sunday Gleaner.

He had convictions in the US for drug-trafficking crimes at the time he applied for his gun licence in September 2013.

But he checked the ‘no’ box on the application form when asked whether he had any criminal convictions in Jamaica or overseas, according to the whistle-blower and records reviewed by The Sunday Gleaner.

The application was approved by the FLA board of directors in April the following year and he was given a permit for a 9mm pistol, records show.

Anthony Randolph*, a businessman with no criminal conviction, submitted his second gun permit application to the FLA in 2015.

Much like his first and third applications in 2009 and 2019, it was rejected because he could not convince the state agency of his need for a gun, he recounted.

“They came to my house, inspected my safe, talked to my neighbours and visited my place of business and I still didn’t get it,” Randolph told The Sunday Gleaner.

“It’s like the lottery; you have to be lucky to get it legitimately.”

A month after Daniels got his gun licence, a report dispatched by the National Intelligence Bureau (NIB) of the Jamaican police to the FLA board exposed his assertion that he had no conviction as a lie.

“Mr Anthony Daniels was also deported from the United States of America in February 2003 for (i) conspiracy and (ii) possession with intent to distribute marijuana,” read a section of the NIB report, dated May 2014.

It took almost a year, but the FLA board, chaired at the time by Robert Gregory, took a decision to revoke the permit while levelling scathing criticisms at Daniels.

None of the documents seen by this newspaper had Gregory’s signature.

“Intelligence report reveals that the applicant is not considered a fit and proper person to be armed. He was not truthful in completing the application form as it relates to his conviction abroad,” the board said, explaining its decision.

The revocation was communicated to Daniels by a letter, dated March 5, 2014, which again underscored that he was “not truthful” about his convictions.

Four days later, according to the whistle-blower and documents seen by this newspaper, the ex-con wrote to the FLA board indicating that he was “extremely remorseful” for the “mistake” he made about his convictions and requested that they reconsider their decision to revoke the permit.

“I am fully rehabilitated from my offence abroad, as it is almost 20 years and I have been a model citizen since that time,” he added.

The FLA reversed its position and restored the ex-con’s gun permit on March 12, 2014 in a decision that was signed by three board members, records show.

“The applicant was interviewed by the board. He was contrite and apologetic for his past history and the concealment of those facts,” the board said.

“He is now considered rehabilitated and the licence previously granted is hereby restored,” the directors said, explaining the reversal of their initial decision.

Gregory acknowledged that a drug conviction is one of the factors that should disqualify an applicant from getting a gun licence.

However, the former FLA chairman said with the passage of time, he had no recollection of the two controversial cases.

He explained that at the time, the board was approving or revoking nearly 400 permits annually.

“What I would advise, and I would love to speak to it, is to get the file for the gentleman because the file tells the whole story,” Gregory told The Sunday Gleaner last week.

“I know say me wouldn’t put my signature pan nothing that is adverse,” he insisted, defending his integrity.

Daniels, 50, is one of four men who were arrested during a series of predawn operations in July that targeted top-tier players in a transnational drug trafficking syndicate, local law enforcement officials charged.

Daniels has indicated that he intends to challenge the extradition request.

The suspected arms dealer’s permit for a 9mm pistol was also approved by the Gregory-led FLA board in 2013. He was given a shotgun licence in 2015, records show.

But according to the whistle-blower, the permits were granted mainly because of an intelligence report NIB sent to the FLA that “shockingly” gave the alleged founder of the St Elizabeth-based Nineties Gang a “clean bill of health”.

The high-ranking officer who signed the report is still a serving member of the Jamaica Constabulary Force (JCF) and is among a number of senior cops who are under investigation because of it, insiders told The Sunday Gleaner.

“Several senior personnel in the JCF are being questioned,” said one source.

According to police records, the unnamed individual was deported from the US on March 29, 2009 after serving a two-year prison sentence for drug trafficking crimes, information that should have been captured and maintained by NIB.

In addition, local law enforcement operatives charged that it is an open secret that he is a “very dangerous figure” who leads an extensive guns and drug-trafficking syndicate and has been on the police radar for over a decade.

“This was information that was available to NIB, that they were aware of at the time they sent his clearance [to the FLA],” the whistle-blower insisted.

Shane Dalling, chief executive officer of the FLA, declined to comment for this story, saying there is nothing to add to what he told the country in February.

“The FLA continues to do what is necessary to purge the system,” he said.

The FLA boss told journalists during a press conference on February 15 that over 200 people with criminal convictions or adverse traces were granted gun permits between 2014 and 2017.

That list included entertainer Jah Cure and Clint Rennie, the brother-in-law of Dennis Meadows, a former deputy chairman of the FLA.

Documents show that Rennie was convicted for possession of cocaine and had his application denied in August 2015 on the basis that he failed to disclose his criminal conviction.

But without submitting an appeal or a new application, he was granted a licence in June 2016, three months after Meadows joined the FLA board.

The licence was revoked in February 2020.

Meadows confirmed that he was part of the board that approved Rennie’s licence, but said that he had declared at the time that he was related to him.

Over 100 of those licences have already been revoked as part of efforts by the current board and management to clean up the agency, Dalling said then.