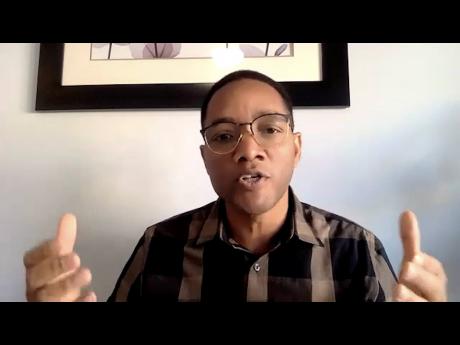 File
Linvern Wright, president of the Jamaica Association of Principals of Secondary Schools,

School administrators are bracing for impact after an anticipated mass exodus of teachers over the summer holidays as hundreds of educators are reportedly headed overseas to seek out better employment opportunities ahead of the new school year.

With less than three weeks before the 2022-2023 academic year begins, Linvern Wright, president of the Jamaica Association of Principals of Secondary Schools, (JAPSS), said that a sense of dread has engulfed principals, who are now scrambling with their boards to see how the blow can be cushioned.

He said that the issue was so grave that it is impossible for administrators at this time to arrive at an appropriate figure in relation to the number of teachers leaving the local classrooms to take up jobs overseas, although reports suggest it could be upwards of 400.

“We hope that those that we know now are going are really what it is going to be, but we also know the reality that it is really on a September morning that we really know the true picture,” Wright said during a Gleaner Editors’ Forum on Wednesday.

“All of us are very concerned [as to] whether or not we have a teacher for every student come September … ,” he added.

“We cannot even give a definite number now because of what we know of our numbers now. I know of a very prominent school [where] 23 out of about 100 [teachers are leaving] and we have another with 16 teachers that are going,” said Wright, who is also principal of the William Knibb Memorial High School in Trelawny.

“I want to say for my school, we have 11 persons going out of 63, and I am hearing of other persons, but there isn’t any definitive word,” he revealed. “The word limbo would really apply to us, because we are in limbo about employment because if a person doesn’t resign, then you can only employ with the hope that they will be respectful enough to send their resignation because sometimes that can cause problems.”

The National Parent-Teacher Association of Jamaica (NPTAJ) is seeking answers in relation to reports of the large pool of teachers who are on the cusp of migrating from their children’s schools.

Like Wright, Richard Dennis, NPTAJ adviser for the Ministry of Education and Youth’s Region Four, said that parents were aware that while some teachers are believed to be leaving, they have not yet resigned.

“At this point in time, we don’t know who is leaving; we don’t know if they are staying. They have applied for jobs overseas and they are waiting for a response. [Therefore], come September, if they get a response, we will not have any teachers in the classroom,” said Dennis.

The ongoing crisis has resulted in some schools having to find creative solutions with York Castle and Brown’s Town high schools in St Ann sharing teachers, who move from one compound to the other to deliver lessons.

Some subjects could be shelved come September if teachers can’t be found, school administrators say.

Education Minister Fayval Williams has repeatedly downplayed concerns of a mass exodus of teachers, saying there was no data to suggest a cause for alarm.