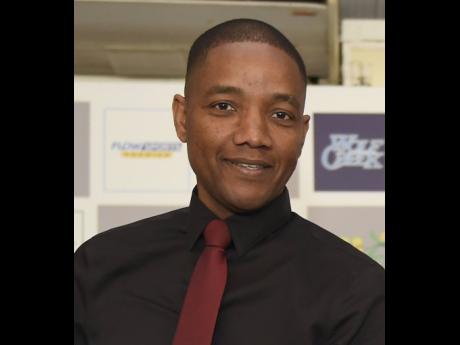 WESTERN BUREAU: A school administrator is lamenting that the Ministry of Education lacks the gall to confront a system likened to “a kind of apartheid” which has taken root in Jamaican secondary schools. Jamaica Association of Principals of...

A school administrator is lamenting that the Ministry of Education lacks the gall to confront a system likened to “a kind of apartheid” which has taken root in Jamaican secondary schools.

Jamaica Association of Principals of Secondary Schools (JAPSS) Principal Linvern Wright made the comment in light of the continued practice of some schools to refuse to admit students they consider below par.

“What is happening is that the prejudice itself is something that the Ministry [of Education] actually perpetuates,” Wright said during a Gleaner Editors’ Forum on Wednesday.

According to Wright, the education ministry has been complicit over the years and would not send particular students to these institutions because the schools will not accept them.

He said it was an open secret that is spoken about, yet nothing is done, while those most impacted are shafted, ending up in institutions without the proper resources to help them.

Wright, the headmaster at the William Knibb Memorial High School in Trelawny, did not blame the situation on the principals.

In fact, he is convinced that if the institutions were equipped with the right resources, it would allow them to take students with 20 and 30 per cent averages and have positive outcomes.

He argued that his school, for example, which is getting students scoring percentages of between 50 and 80, is getting the same resources as Cedric Titus High – another Trelawny-based school, which gets students with far lower grades.

“You give them the same type of resources to work with and expect the same type of outcomes, but the children start with a deficit that you have to use both funding and expertise to make up,” he reasoned.

Wright said that little care is placed protecting the most vulnerable, noting that a small part of the population whose children are fine do not have sufficient concern to tackle the problem.

“It’s almost like you have airport all right for the tourists, and the rest of Jamaica can stay because some of us are people and some are un-people,” he stated.

Wright received support from clinical psychologist Georgia Rose, who stressed that the country had not yet recovered from the impact of the COVID-19 pandemic, noting that some students in grade seven are unable to even spell their names.

She believes that the education ministry should not approve matriculation for these students into regular secondary institutions devoid of the resources to fix the problem.

“What are they placed there to do?” Rose asked. “How do we not appreciate that we have set ourselves up for failure? Because the studies tell us that children who struggle academically are at increased risk for significant management problems, early initiation in substance abuse, and other socially unacceptable and concerning conduct-related issues.”

Maureen Dwyer, permanent secretary in the education ministry, said that students are placed in high schools based on their choices and ranks.

“It’s an objective process aided by a computer system,” she told The Gleaner.

“Students who are functional are placed in the mainstream setting and are supported by the student support pathway coaches who ensure IEP (individualised education plans),” she further explained.