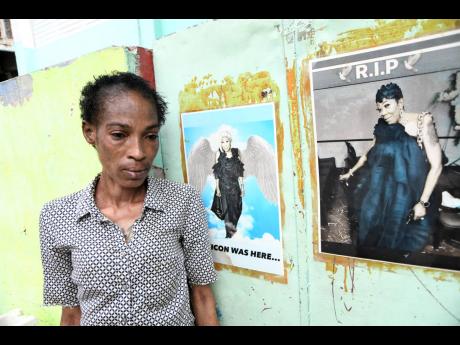 Rudolph Brown/Photographer
Carla McLean speaks to journalists about her sister Tarcia ‘Tanney’ McLean, 44, who was shot dead, allegedly by another woman, at a party in Brooklyn, New York, on Sunday. The photos on the Fleet Street, Southside, fence are of the sisters’ mother, Elaine Robinson, who died in January. 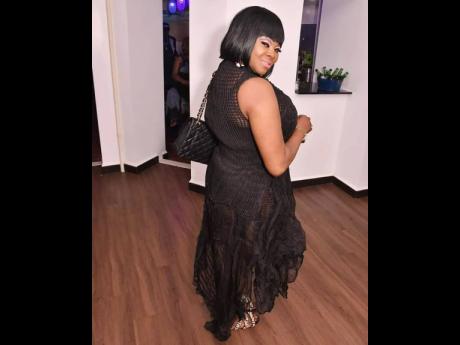 Fleet Street and the community of Southside in central Kingston are mourning the tragic death of Tarcia ‘Tanney’ McLean-Lysius, who was shot in the head, reportedly by another woman, outside a party in Brooklyn, New York, on Sunday. McLean-Lysius...

Fleet Street and the community of Southside in central Kingston are mourning the tragic death of Tarcia ‘Tanney’ McLean-Lysius, who was shot in the head, reportedly by another woman, outside a party in Brooklyn, New York, on Sunday.

McLean-Lysius, 44, a patient care professional and event promoter, had lived in the United States for more than a decade and is the daughter of late popular dancehall promoter Elaine ‘Frenchie’ Robinson.

Robinson died on January 5 from cancer and her life was celebrated in a grand funeral in New York.

McLean-Lysius’ family and friends were in a sombre mood at their Southside home on Monday. Her sister Carla McLean’s eyes were swollen from constant crying.

She is uncertain about what transpired between McLean-Lysius and her alleged attacker but remembers her older sister as a jovial person.

“Tanney is a little, nice girl; she’s a comedian. She love to give drama and she love wine,” McLean said of her sibling.

Sitting by her fence which was emblazoned with photos of her deceased mom, McLean showed our news team a video of the altercation between her sister and the suspect seconds before she was shot.

She said that her sister left Jamaica for a better life and worked hard to care for her four children, two of whom reside with her in the US.

McLean has dismissed claims that a love triangle or cycling mishap might have sparked the dispute.

In the video, the accused is seen flicking a cigarette butt at McLean-Lysius, who takes it up, throws it back on the ground, before arming herself with a glass bottle and advancing at the woman.

The video was cut, then restarts with what appears to be a firearm being pulled. The person recording the video then seemingly takes cover.

The incident happened in full view of others as screams of “she got a gun” and “she ‘bout to shoot” could be heard simultaneously with an explosion.

In the 81-second recording, persons are heard saying, “She bodied her, she bodied her” and “Get help! Get help!”

McLean, who watched the video repeatedly, said she shared a light moment with her sister hours during a phone call Saturday, hours before the shooting.

A resident at neighbouring Gold Street said she was shocked to hear that McLean-Lysius, with whom she grew up, was killed.

Police reports are that the shooting occurred about 5 a.m. at the party spot Hearts of Love on Liberty Avenue, near Williams Avenue, in East New York.

McLean-Lysius was taken to Brookdale Hospital and pronounced dead.

After the incident, the suspect reportedly fled in a black Nissan Murano SUV with a paper licence plate.

No arrests have been made. Investigations are ongoing.