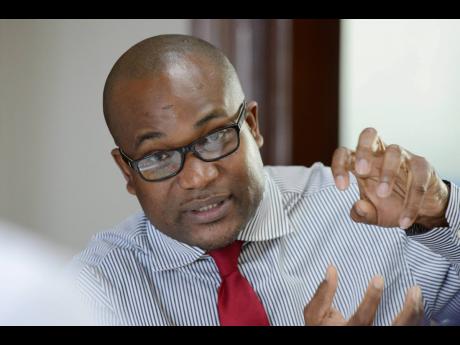 Jamaica, Barbados, and Trinidad and Tobago are only paying a fraction of the sum agreed on to fund The University of the West Indies (UWI), owing the regional institution approximately US$48 million as at July 31, 2021.

The disclosure, based on a billing formula factoring student numbers and campus budgets, was made by UWI Bursar Andrea McNish during a meeting of the Human and Social Development Committee of Parliament on Tuesday.

McNish told Jamaican lawmakers that since 2009-2010, the three major funders of The UWI had started to give a commitment that was not equal to the full sum that was to have been paid.

“There is a shortfall. When we tabulate what that amount is on an annual basis, it is in the region of about BDS$56 million each year. That is written off the university’s accounts,” the UWI bursar told members of the committee.

Pro-Vice-Chancellor of The UWI, Professor Densil Williams, said there had been a shortfall in both government subvention and student.

Government subvention historically represented a share of 80 per cent of the university’s budget, with tuition fees rounding out the remaining 20 per cent. But a pullback by regional governments has forced university administrators to find new streams of income.

Even with commercial operations and special projects, Williams said The UWI usually ends up with a deficit of about US$50 million.

And that is why it has sought to strategically restore the financial viability of the university in the last 16 months, Williams said.

He noted that the university has moved to use its existing resources and capabilities to identify critical revenue-generating projects that will raise gross revenue of about US$62 million, with a net sum of about US$50 million.

“The UWI has decided that we have to make a concerted effort to plug that gap and restore the financial viability of The UWI,” he stressed.

Williams said that the university would be using its teaching portfolio to attract international students who will be able to pay the full cost for their education as a means of plugging the gap.

The UWI will also be introducing a range of short-cycle programmes spanning six to 14 weeks to give individuals “more credentials to become market ready”.

The UWI is also exploring the commercial value of the work that it does to see how it can create an entrepreneurial venture in order to commercialise those resources and assist in the generation of revenues.

Williams said that there are plans to build a 200-bedroom dormitory at the Five Islands Campus in Antigua that will be rented to students with the hope of making a 17 per cent return on investment.

He said the planned dormitory was already oversubscribed, with more than 64 per cent of the 700 students asking for dormitory facilities on campus.

Williams said the nursing programme at The UWI will be expanded to build capacity for the healthcare sector.