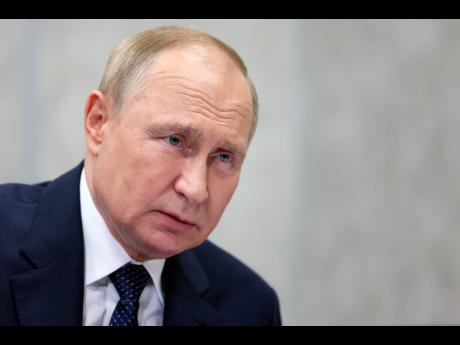 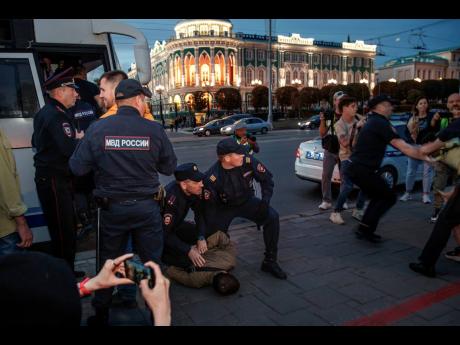 Russian President Vladimir Putin ordered a partial mobilisation of reservists Wednesday to bolster his forces in Ukraine, a deeply unpopular move that sparked rare protests across the country and led to almost 1,200 arrests.

The risky order follows humiliating setbacks for Putin’s troops nearly seven months after they invaded Ukraine. The first such call-up in Russia since World War II heightened tensions with Ukraine’s Western backers, who derided it as an act of weakness and desperation.

The move also sent some Russians scrambling to buy plane tickets to flee the country.

In his 14-minute nationally televised address, Putin also warned the West that he isn’t bluffing about using everything at his disposal to protect Russia – an apparent reference to his nuclear arsenal. He has previously rebuked NATO countries for supplying weapons to Ukraine.

Confronted with steep battlefield losses, expanding front lines, and a conflict that has raged longer than expected, the Kremlin has struggled to replenish its troops in Ukraine, reportedly even resorting to widespread recruitment in prisons.

The total number of reservists to be called up could be as high as 300,000, Russian Defence Minister Sergei Shoigu said.

However, Putin’s decree authorising the partial mobilisation, which took effect immediately, offered few details, raising suspicions that the draft could be broadened at any moment. Notably, one clause was kept secret.

Despite Russia’s harsh laws against criticising the military and the war, protesters outraged by the mobilisation overcame their fear of arrest to stage protests in cities across the country.

United States President Joe Biden declared at the United Nations on Wednesday that Russia “shamelessly violated the core tenets” of the international body with its war in Ukraine as he summoned nations around the globe to stand firm in backing the Ukrainian resistance.

Delivering a forceful condemnation, Biden said reports of Russian abuses against civilians and its efforts to erase Ukraine and its culture “should make your blood run cold”.

Speaking by video to the United Nations General Assembly meeting of world leaders, Zelenskyy insisted that his country would prevail in repelling Russia’s attack and forcing its troops out.

“We can return the Ukrainian flag to our entire territory. We can do it with the force of arms,” the president said. “But we need time.”