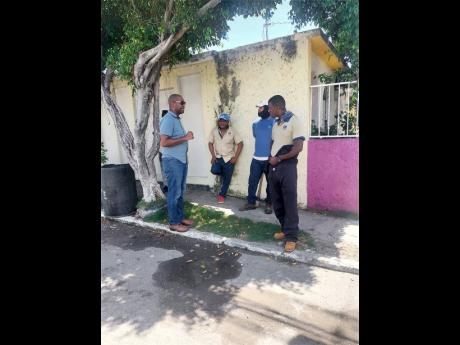 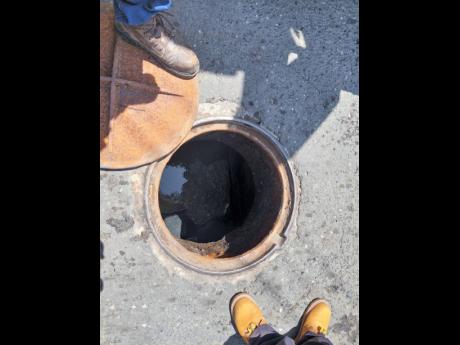 As a tropical wave sweeps westward over the southern Caribbean Sea threatening showers for Jamaica this weekend, residents of Waterford, St Catherine, are fearful of another episode of lamentable flooding.

Blockages of the sewerage system were blamed on wipes, garments, and even a dead foetus, causing an overflow of waste water and an unbearable stench.

Residents have complained of the health hazard for some time and are haunted by memories of cleaning raw sewage from their homes.

“We find dozen and likkle bit of panty, brassiere, little baby (foetus), and the police have to come and do dem checks. Wipes can’t dissolve; a tissue fi flush. When we lift the manhole, we see everything in there. We a wonder how,” a worker said.

Dijon Grant, a resident, said the odour and continual cleaning have been a challenge.

“Whenever the rain fall, here is flooded. The manhole rise up and a lot of faeces. It’s not really healthy for us. Even in the house, the sink block up and the bathroom,” Grant said, adding that they were mindful of expected showers this weekend.

Grant said that motorists on the busy road sometimes splashed his house with the sewage-laced floodwaters.

He said the problem, where he lives along Falmouth East, has existed for years.

St Catherine Southern Eastern Member of Parliament Robert Miller told The Gleaner that Waterford had grown weary of complaining about the sewage woes, adding that he has sought audience with the management of the NWC for weeks.

“I have written letters to the president, and all they are telling me is that the citizens of Waterford are attacking their workers, so because of that they can’t send anybody down there. That’s a facade because the purpose of the JCF is to offer protection, and I have offered that solution to them. The citizens cannot be crucified because of that,” Miller said.

Another resident, Annett Wheeler, expressed concern about the reluctance of the NWC to send workers to the crime-plagued area, saying householders were disadvantaged by estimated bills. The killing of an NWC worker on duty has factored in the company’s pullback from the community.

“We not getting the sewage cleaned as usual, and the bill is very high because they said they are not sending their people down here, so we are getting estimated bills, and we cannot manage the estimated bills. They give us meters, so we need them to read the meter,” Wheeler said.

Miller appealed to all residents to refrain from engaging in improper waste disposal.

Andrew Canon, manager of corporate communications at the NWC, confirmed receipt of Gleaner queries but said the utility required 48 to 72 hours to comment.