Before slaying pastor dad, teen researched how to kill a parent 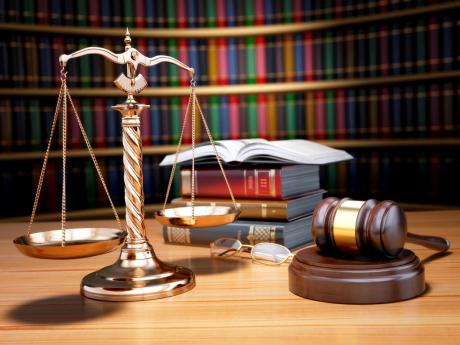 Two months before stabbing his father to death at their Petersfield District home in Westmoreland in July 2021, Garnett Foster Jr had researched ways to kill a parent. The now 18-year-old man had become wayward and believed that his parents,...

Two months before stabbing his father to death at their Petersfield District home in Westmoreland in July 2021, Garnett Foster Jr had researched ways to kill a parent.

The now 18-year-old man had become wayward and believed that his parents, Garnett Foster Sr and Camille Ebanks Foster, had been interfering in his life.

He had reportedly joined a gang at Manning's School in the parish and had begun consuming dangerous drugs, including marijuana, drinking and was displaying antisocial behavioural patterns at home.

That behaviour triggered strained relations with his Christian parents and especially his father, who was a minister of religion.

The Home Circuit Court heard on Friday that sometime before the July 23, 2021 murder, Foster Sr had searched the then 17-year-old child's phone and reportedly saw things that were displeasing to him.

The 41-year-old man reportedly flogged his son over the phone's contents.

Shortly after 5 a.m. on the aforementioned date, Foster Sr's younger son was jolted from his sleep when he heard him repeatedly shouting 'Tristan”.

That was the alias of Foster Jr.

When he reportedly got to his father, he saw him with a knife sticking out from the right side of his neck.

Foster Jr was seen behind him and is said to have commented, “A wah dis? A wah happen?”

The convict reportedly ran from the scene to get assistance for his father at his uncle and grandmother's house nearby.

He told his uncle that something had happened to his father, but that he did not know what had transpired.

Shortly after, Foster Sr was seen staggering towards the residence.

He indicated then that he did not know who his attacker was.

He was taken to hospital, where he died while in surgery.

Days later, Foster Jr confessed to the murder during a question and answer session with the police.

On Friday, he was sentenced to 15 years' imprisonment and will have to serve 10 years before he will be eligible for parole.

He had previously entered a guilty plea.

In handing down the sentence, Justice Courtney Daye said that there was no motive other than Foster Jr's resistance to parental authority.

“It's your father and it's painful for everybody. You, your mother, your grandmother, everybody, the school, everybody feels it,” Daye said.

“She said you were a child, you were just 17 and you have a good background. Your father was not a perfect man as they say, but an outstanding father and a husband, which is not something people can identify now in today's world. A man like that loses his life in that circumstance, it is very hard for everybody,” he added.

At the same time, he said that Foster Jr's behaviour, based on the probation report, showed that he was unpredictable and noted that that was troubling for him in deciding on a sentence.

He said that it was all well and good that the young man's family maintained a level of faith in him in terms of his prospects for rehabilitation. However, his unpredictability made him a threat to his community.

Daye concluded that Foster Jr's troubles stemmed from his drug abuse and the company he kept, which resulted in his behavioural challenges.

The justice said time behind bars would assist him in settling this unpredictable behaviour.

“It's your father. I believe he forgave you. Your family forgives you, but it's a loss of a life in a circumstance where it didn't have to [be],” said Daye as he handed down the sentence.

Earlier in her litigation, Foster Jr's lawyer, Dionne Meyler Barrett, had rehashed conversations with his mother and paternal grandmother, Verona Foster, who she said had expressed that they did not wish for him to be given a life sentence.

They reportedly said that he is young and has shown that he was capable of reform and they wanted him to get a second chance at life.

The probation report mentioned how his mother has since been existing in turmoil. The woman was working overseas at the time of the homicide.

Meyler Barrett, in her appeal against a life sentence, said that Foster Jr had swung the knife and did not know where it lodged until he looked and realised it was in his father's neck.

She asked Daye to consider that Foster Jr did not get the assistance he needed for his behavioural challenges because his father had withdrawn him from Manning's out of embarrassment, although help was offered by the school.

She also said that while Foster Jr did not consider his father's flogging to be abuse, it was.

Additionally, she argued that her client respected and loved his father, had great regret after stabbing him, was not devoid of conscience, and was sorrowful for his action.

“Temper your justice with mercy,” she said.