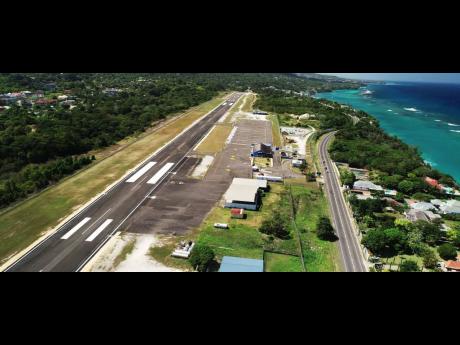 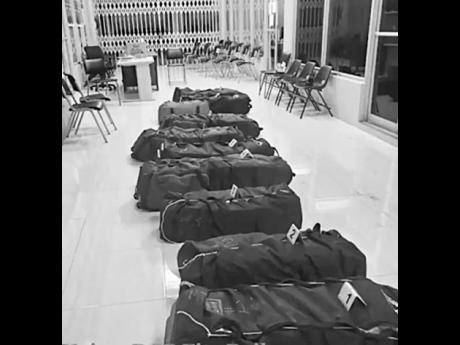 Contributed
The cocaine, weighing nearly 1,100 pounds with an estimated street value of US$25-million or approximately J$3.7 billion, was found in ten large travelling bags at the Ian Fleming International Airport in Boscobel, St Mary on Friday. 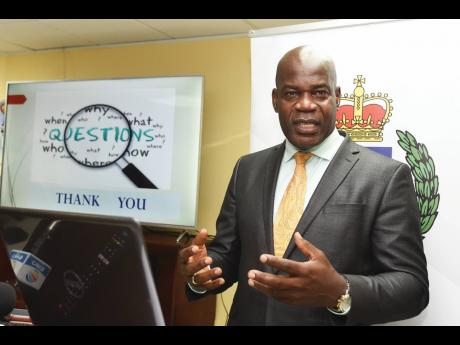 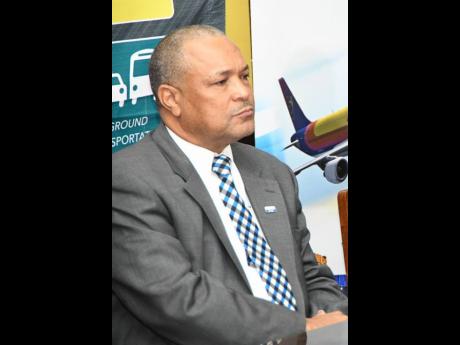 A security audit has been triggered at the Ian Fleming International Airport, following an operation on Friday in which local and international law enforcement officers seized a $4-billion stash of cocaine believed to have been destined for Canada...

A security audit has been triggered at the Ian Fleming International Airport, following an operation on Friday in which local and international law enforcement officers seized a $4-billion stash of cocaine believed to have been destined for Canada.

The cocaine was reportedly found during a six-hour operation led by detectives from the Narcotics Division and the Counter-Terrorism and Organised Crime Division with support from the US Drug Enforcement Administration, US Homeland Security Investigations and Canadian authorities.

The drug, weighing nearly 1,100 pounds, was discovered in 10 large travelling bags at the Boscobel, St Mary-based airport and has an estimated street value of US$25 million (approximately J$3.7 billion), according to law enforcement officials.

There were no arrests up to late yesterday.

“We are not going to get into that at this time,” Deputy Police Commissioner Fitz Bailey told The Sunday Gleaner yesterday when asked how the cocaine was to be transported to Canada.

According to senior law enforcement sources, the drug belongs to a major transnational syndicate operating in Jamaica.

“A major investigation is now under way to arrest the perpetrators,” said a source close to the police operation.

Bailey described the investigation as “live”, insisting “we can’t say much more at this time”.

Questioned further by The Sunday Gleaner, he reiterated, “We are not going to say much about the investigation at this time in terms of naming individuals and all that.”

The Sunday Gleaner understands that the cocaine find followed the arrival of a private plane at the facility one day last week, with the pilot overnighting at a hotel in St Ann before departing the following day.

The find represents one of the largest drug busts on local soil and comes just three months after the airport began accepting scheduled international commercial flights.

It also follows several other multimillion-dollar drug seizures on Jamaican soil and Jamaican waters since the start of 2022.

In April, a joint police/military operation in St James resulted in a multimillion-dollar drug seizure. Approximately 11 kilograms of cocaine, which has an estimated street value of US$550,000 (J$85 million), was reportedly found in a Toyota motor car that was intercepted by the police in Coral Gardens.

And in August, the Narcotics Police Division made another multimillion-dollar drug bust in St Elizabeth. 2,500 pounds of ganja with a street value of approximately US$3 million or J$460 million was seized in the operation conducted in the district of Bethany.

Perhaps the largest drug bust in Jamaica was in July 2019. The local police seized 1,200 pounds of cocaine off the coast of St Thomas, with a street value of US$35 million or approximately J$4.5 billion.

Audley Deidrick, president and CEO of the Airports Authority of Jamaica (AAJ), which operates the Ian Fleming International Airport, said the record drug find has prompted a comprehensive review of security measures at the facility, the smallest of the island’s three international airports.

He noted that as an international airport, the facility is required to abide by established security measures and protocols.

“And I would go further to say that because we are also looking to establish operations in the United States, that we’re also having to ensure that we are utilising measures that meet the requirements of the TSA (Transport Security Administration) of the United States,” the AAJ boss said.

“When an incident like this happens, in the same way that when 9/11 happened in 2001, it caused the aviation industry – airlines, airports – to look at their security measures and to see where, if any, improvements can be made, then I would say with all honesty in a matter like this, as the airport operator for that airport, we will use the opportunity to look if there are any ways that we need to make any further improvements to our security system,” Deidrick told The Sunday Gleaner, referencing the September 11, 2001 terrorist attacks in the United States.

The Ian Fleming International Airport was upgraded from Boscobel aerodrome in January 2011, with further expansion in March 2018.

On June 16 this year, the airport welcomed its first scheduled international flight – a 30-seater InterCaribbean Airways airplane from Providenciales, Turks and Caicos.

Dealing in illegal drugs is one of the factors contributing to the crime rate across the island, with the country recording 1,108 murders between January 1 and September 17 this year, an eight per cent year-on-year increase, police statistics show.

The new anti-crime measure netted three illegal guns and 23 rounds of ammunition in St Catherine over a 12-hour period on Friday, the police have reported.

Fifty-three illegal guns have been seized in St Catherine this year, eight more than for the corresponding period last year.

Senior Superintendent Christopher Phillips, who heads the St Catherine South Police Division, said his team is committed to an all-out assault on criminals and violence producers in the space.

Illegal guns, drugs, lottery scamming and gangs are high on the radar of law enforcement, as they seek to cauterise Jamaica’s crime crisis through a number of anti-crime initiatives, including the Joint Anti-Gang Task Force – a collaboration of the Jamaica Defence Force and the Jamaica Constabulary Force.