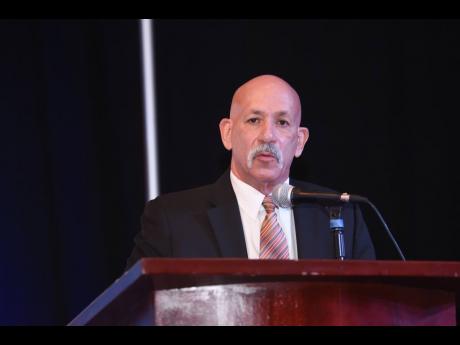 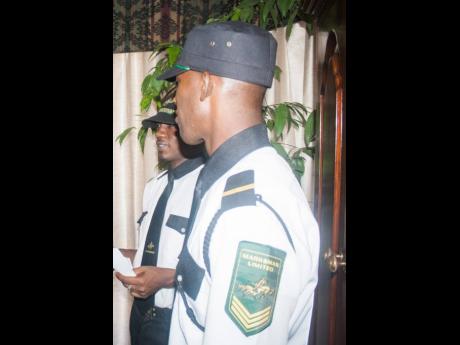 File
Friday’s ruling in the Revenue Court declared that security guards who are engaged by Marksman Limited to provide third parties with security services are employees and that the company should start paying the employer’s contribution for NHT for the guards.
1
2

The Jamaica Society for Industrial Security (JSIS) says Jamaica should brace for at least a 50 per cent jump in the cost of private security services following Friday's landmark ruling by the high court that security guards are employees and not contract workers.

In a ruling handed down in the Revenue Court, Justice David Batts declared that security guards who are engaged by Marksman Limited to provide third parties with security services are employees and further that the company should start paying the employer's contribution for the National Housing Trust (NHT) statutory contribution for the guards.

The company, while contending that it was not an employer and that the guards were independent contractors, had been paying over only the three per cent taken from the guards' salaries for contribution to the Trust.

The NHT had filed a claim against the security company and sought several declarations as well as an order for the defendants to pay over $469 million in employer's contribution for the period 2000-2016.

The NHT had written to the company in 2017, demanding that the monies be paid over and had filed an action against the company in the Corporate Area Civil Court after the demands were ignored.

That matter was, however, adjourned indefinitely. Hence, the NHT took Marksman before the high court, where it sought to recover 40 per cent interest on the $469 million, plus surcharge and penalties, which would have pushed the amount to some $800 million.

But on Friday, Batts threw out the request for the outstanding employer's contribution, noting that it would be unfair to ask the company now to pay over that amount, given that the NHT had taken so long to act.

“NHT sat on its rights for far too long and received without demur payments on the basis that the guards were not employees.

“This leads Marksman reasonably to believe that NHT, like the tax authority, was satisfied and to act accordingly,” he said in his judgment.

He found that Marksman was encouraged to arrange its affairs on the basis that NHT had no issue accepting the workers' two per cent contribution.

“An estoppel, therefore, arises due to waiver, representation by conduct, acquiescence and/or laches to prevent pursuit of the monies claimed,” the judge explained.

Overton said that JSIS members were happy with the ruling.

“This takes us out of this grey area that we have been operating. Every three years, we have to go fight somebody or something. This now sets a stage that stabilises our market and helps us to get on and focus on our business,” he said.

Additionally, he said the ruling levels the playing field as everyone now has to abide by the rules.

Overton, in his capacity as director for Marksman, said that while the company is digesting the ruling and assessing how best to transition into the new status quo, “the biggest part of this for the industry is having to face our clients in this matter because at the end of the day, the result is going to rest with our clients”.

Turning to the judge's decision not to grant NHT the millions that it was seeking, he said the judge was very fair in his ruling and that had it been granted, it would have wiped out the industry.

“The industry would be bankrupt, not just the company. You would not have a security industry,” he told The Sunday Gleaner. “The fact that the NHT made this determination but the industry was allowed to operate like this from 1985 and then you expect to be able to collect something that was never charged, it's not as if the company had in their costings to pay these sums; therefore, the money was never collected so how do you expect it to be paid?”

Since 2017, the NHT and security companies have been at loggerheads over their refusal to comply with the Trust's declaration that the guards whom they engage are employees and not contract workers as they indicate and, as such, the businesses had an obligation to pay over three per cent of the workers' earning as contribution in addition to the companies' three per cent portion.

The Sunday Gleaner was unable to reach the counsel for NHT to ascertain whether it will be appealing the ruling.