Judge to rule whether FID can appeal stay in Reid, Pinnock case Friday 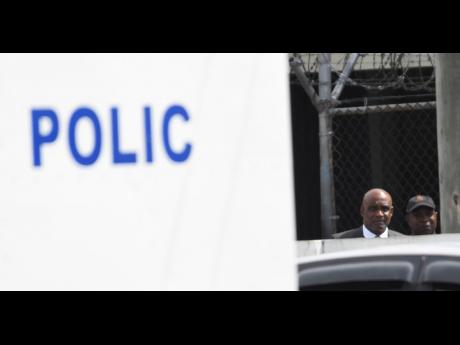 The Financial Investigations Division (FID) is to hear on Friday whether it will be granted leave to appeal the high court’s refusal to set aside an order that has stayed the multimillion-dollar fraud trial of former Education Minister Ruel Reid and his co-accused in the parish court.

In granting Reid and Pinnock leave for a judicial review of Chief Parish Judge Chester Crooks’ decision that the case proceeds to trial, Justice Daye had asked that the ruling also operates as a stay of the proceedings in the parish court.

However, the FID, which is prosecuting the matter, challenged the judge’s decision, asking that the order be varied or set aside.

Supreme Court judge Justice Andrea Pettigrew Collins dismissed that application in February, indicating that she had no jurisdiction to set aside or vary the order.

Furthermore, she had said it would be nonsensical to do so to facilitate the progress of the criminal prosecution as it was possible for a finding to be made that all orders by Crooks were invalid and the matter would have to start afresh.

The FID, however, sought leave to apply for permission to appeal her ruling. That hearing was held on Monday in the Supreme Court before Justice Tara Carr, who reserved judgment until Friday.

In the meantime, the criminal aspect of the case will be mentioned in the parish court on October 3.

The matter was postponed in July for the court to be updated on the outcome of the application for leave to apply for judicial review as well as the date for the judicial review with respect to Crooks’ decision.

Reid and Pinnock had taken issue with the judge’s decision in the parish court after Crooks recused himself from the trial, stating that there was a possible conflict of interest. He later revealed that he had attended Munro College while Reid was head boy.

The accused were arrested and charged in 2019 for allegedly diverting public funds from the Ministry of Education and the CMU.