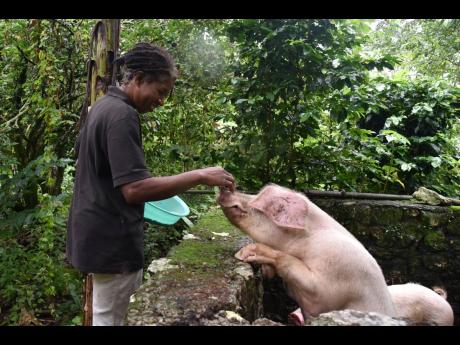 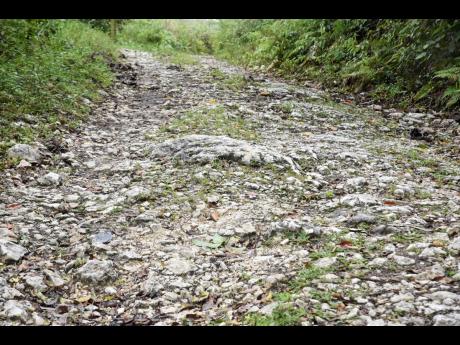 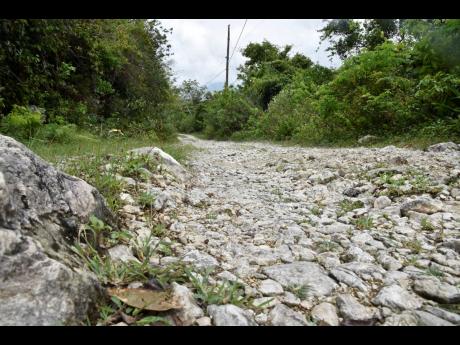 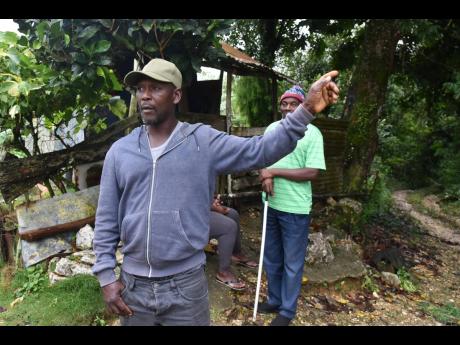 What little thought residents of Albion Mountain in St Thomas could spare for the rain associated with Hurricane Ian drenching their community on Monday, was for the impact it would have on the already badly eroded road surface.

“A no storm we a worry ‘bout; a road we a worry ‘bout,” farmer Delroy Grant told The Gleaner, putting plainly the concern on the minds of most residents, despite the inclement weather.

Grant and his colleague farmers complained that they often lose a chunk of their profit – and at times, significant quantities of produce go bad – because it is uneconomic to pay the steep fares charged by taxi operators to take their load to the nearest town.

Weekly, it costs $5,000 per load, said Grant, while inspecting his cocoa, plantain, banana, and sugar cane crops on Monday.

“Mi no really make no profit more than so, because the way fertiliser dear, everything gone back inna [the farm],” he said.

Herma Spence, who cultivates coffee, banana, and sugar cane in Albion Mountain, was also not perturbed by the inclement weather on Monday.

“We a suffer bad wid di road. I’m more worried about the roads to go to the market. With the rain, it’s only going to get worse, and the taxi men will only charge us more,” Spence told The Gleaner.

She said that when her father fell ill recently, one taxi operator at first proposed to charge $25,000 just to take him to seek medical attention.

“I had to plead with him, and that’s how he ended up charging me $15,000, and it’s a sick person I was taking to the hospital. Suppose my father never had that money inside and I really don’t have it?” Spence said.

Calls to St Thomas Western Member of Parliament James Robertston were not answered up to press time.

Neville Mitchell, who has been farming in the community for some three decades, said that it oftentimes costs farmers $3,000 to bring a single load of produce from the district to the nearest point, Bethel, because of the poor road conditions. From there, they fork out an additional sum for a ride to Morant Bay.

The situation leaves him with very little earnings, he said, noting that his children also have to pay excessive fares to go to school.

His cousin, Steve Mitchell, who is also a farmer, said that even when it does not rain, some students occasionally miss classes as their parents cannot afford the high transportation costs for school.

“Di road bad, so dem shoes nah serve no time ... .We no have one [dedicated] taxi man to take them to school and take them back, so when dem come in, dem tired till dem sleep weh lef dem dinner,” he told The Gleaner, adding that water was also a concern, as the children have to go to a catchment area, built by a former coffee farmer years ago, to fetch the commodity for domestic purposes daily.

Errol Parkes, who is visually impaired, said he has not been to the clinic in a long while as he, too, cannot afford the high fares.

Taxi operator Floyd Burger defended the fares, telling The Gleaner that he has to charge enough to compensate for the wear and tear of his vehicle.