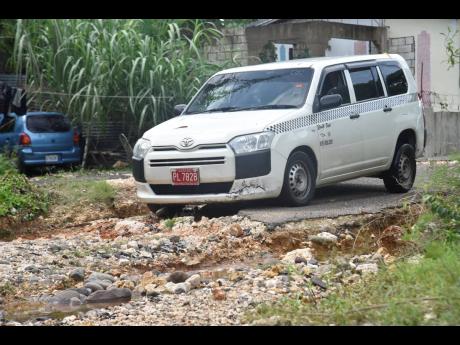 No new budgetary allocation will be made to undertake repairs to rain-damaged roads preliminarily estimated to cost $360 million.

Prime Minister Andrew Holness, who made the announcement in Parliament Wednesday, said that at least 47 roads were badly affected by landslides, mudflows, fallen trees, and flooding triggered by heavy rain from Hurricane Ian which skirted the island.

He said that all roads have been reopened in Clarendon, with the exception of the corridors from Chapelton to Rock River, McNie to Douglas Castle, St John’s to Pedro River, and Thatch Walk Bridge in Aenon Town.

The prime minister told his parliamentary colleagues that the National Works Agency (NWA) has been asked to use resources from its budget.

However, Holness said that there may have to be some allocation for repairs to retaining walls.

Responding to previous calls from Mikael Phillips, the member of parliament for Manchester North Western, for repairs to be done to the Troy Bridge in his constituency, Holness said the Government was taking steps to address the complaint.

The designs are complete and are heading for procurement, he said.