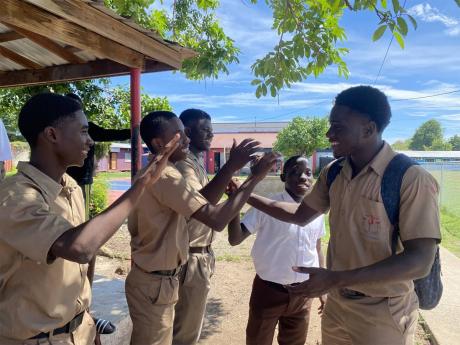 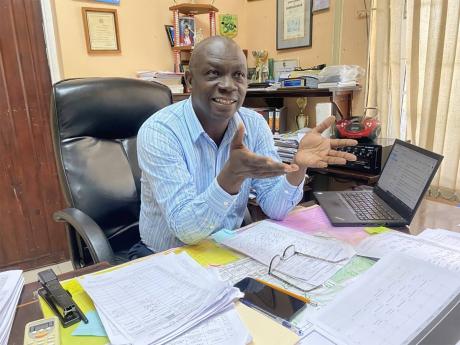 Before entering Digicel Rising Stars, not many people knew 17-year-old Camperdown High School fifth-former Mozein Sutherland – the eventual winner of the 2022 staging of the contest – could hold a note.

Sutherland told The Gleaner on Monday that this included residents of his hometown of Angel’s Grove in St Catherine.

“I’m very shy, so if I go out, I’ll hum and stuff like that, but you would never hear me sing, unless I’m at home and you walk past and hear me,” he revealed.

After watching Digicel Rising Stars over the years, Sutherland said he dreamed of entering the contest to get some exposure.

Among those stunned when his undeniable talent was publicised through the competition, which was aired on Television Jamaica, were peers and teachers at Camperdown High, including the headmaster.

“I didn’t even know that he could sing, but I’m happy for him,” Principal Valentine Bailey admitted on Monday as the songbird was greeted by jubilant classmates and fellow members of the football team.

“We just need to keep him focused and get him, in terms of his exams, to do well in that, too, because that is extremely important,” Bailey said, describing Sutherland as one of the most decent young men at the Kingston-based institution. “The school is proud.”

Sutherland’s closest friends, however, said they never for a moment doubted his chances at coming out on top in Season 18 of the highly rated talent show.

They could not contain their excitement when they turned up for classes on Monday morning, hours after he won the competition.

“We already knew that he was a winner from before, so we just celebrate it and be happy for him,” an elated Grizzle told The Gleaner.

“Mi never doubt him winning. Mi know him did have it in a him bag, man,” said another one of the boys.

Sutherland told The Gleaner that he started to believe he could take the Season 18 title from early in the competition.

Now, the attacking midfielder on the school’s football team is overjoyed – and not just because he walked away with a cash prize of $1.5 million.

“Happy is an understatement. I’m overwhelmed and I’m filled with emotions right now, but I’m thankful. I’m blessed and I feel amazing,” he said, adding that the late American pop icon Michael Jackson was his inspiration.

“I grew up listening to old school, mainly Michael. There was something about him. He was really dynamic – the way that he performed and he danced and sang at the same time,” said the youngster.

He also said his grand uncle, Ray Johnson, who was a musician, was also one of his role models.

Sutherland admitted that he was nervous ahead of the announcement on Sunday night as last week’s rains prevented him from hitting the street to campaign for votes.

Unsurprisingly, he is elated at how things unfolded, explaining that he fell to the ground to do several push-ups after the announcement because he wanted to do something unique and out of the box – an act to also show off his athletic abilities.