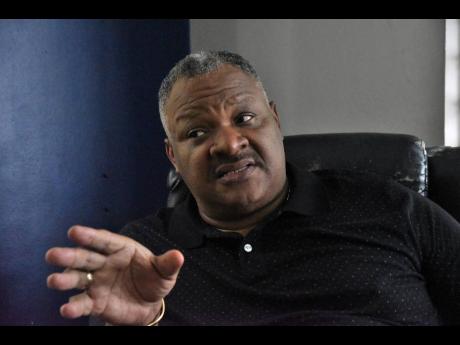 Senior vice-president of the West Indies Petroleum Limited (WIPL), Danville Walker, has urged St Andrew South Eastern Member of Parliament Julian Robinson to ask Finance and the Public Service Minister Dr Nigel Clarke why his ministry initially denied the entity a waiver for a protracted period while automatically granting the relief to a range of players in the market.

Walker’s comments came against the background of questions tabled by Robinson in Parliament last Wednesday for Clarke to answer at the expiration of 21 days.

The WIPL senior vice-president told The Gleaner yesterday that the waiver that was eventually granted is still in force and he has already applied for relief for next year.

In a statement issued by WIPL, Walker questioned why the company had been “victimised and forced to spend our resources to fight for a level playing field in our own country”.

“I should have had it from February (2021) and did not get it until June. That’s four months of tax I paid and you could have given it to me in June and say, effective February,” Walker said of the finance ministry

In questions tabled last week, Robinson asked Clarke to confirm that a waiver of the Common External Tariff (CET) was granted to West Indies Petroleum South Terminal Limited in 2021.

But Walker wants Robinson to indicate whether he believes that the CET should be reimposed for all players in the market, or whether WIPL should continue to be victimised and discriminated against.

“The fact is, if the CET is reimposed across the board on all importers, then the price at the pumps will increase. In addition, all players would be getting the same treatment in the industry,” Walker said.

When contacted for comment on Monday, Robinson said he was awaiting the expiration of the stipulated timeline for Clarke to answer his tabled questions.

Now that it has been established that the waiver was granted, Robinson wants Clarke to indicate the rationale for granting the relief.

He also wants the minister to disclose the revenues that the Government gave up in granting the waiver.

Additionally, Robinson has asked whether any concerns were raised with the Ministry of Finance about the operations of the company prior to the granting of the waiver.

He said that although the WIPL is a Jamaica-based company owned by Jamaicans and qualified for a waiver, “baseless and legally unsound reasons were put forward to deny the company the relief that was approved for several other companies”.