‘He has always been suicidal’ 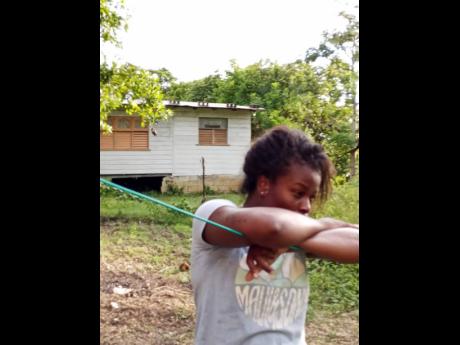 WESTERN BUREAU: Twelve-year-old Laron Jurik, who was found hanging from an apple tree in Broughton, Westmoreland, on Tuesday, had a history of suicidal behaviour that sparked scrutiny and worry, his disheartened mother has said. Jurik, who was...

Twelve-year-old Laron Jurik, who was found hanging from an apple tree in Broughton, Westmoreland, on Tuesday, had a history of suicidal behaviour that sparked scrutiny and worry, his disheartened mother has said.

Jurik, who was affectionately called ‘Juju’, was found by his mom, Candean Palmer, at approximately 9 a.m.

Palmer shared that a day before the dreadful outcome, Jurik had wronged a cousin and received a scolding from her, with the admonition that he should visit his relative and apologise.

Hours later, the boy could not be found. A visit to the cousin’s house also yielded no answers, as the preteen reportedly never turned up.

Palmer said that she got worried when her son did not return home Monday night, prompting her to file a missing person report at the Little London Police Station.

Shortly after walking into her yard to fetch water Tuesday morning, Palmer said that she was shocked to see Jurik’s body hanging in their backyard.

“Laron always suicidal, and his long time mi a watch him, and it’s not the first time him do something like this,” Palmer said in a Gleaner interview.

“Mi remember one time mi send him up a him father when him much younger, and him come down, him come down before time, and mi send him go a school, the teacher call mi say that him take something and slit the main vein on him hand.”

Palmer said her son, who attended Little London Primary School, had often yearned to spend more time with his father, with whom the mother claimed he had a somewhat distant relationship.

“Mi just know say every child needs their father, and that fathers must play a responsible role in the lives of their children,” she said.

Councillor for the Little London division, Ian Myles, told The Gleaner that news of the child’s death shocked the entire community.

While expressing his sympathies to the family, Myles said Jurik was a quiet, unassuming child.

“I think we should have trained professionals within the school system that can readily identify students with these sort of disorders and can actually assist in addressing it,” Myles said.

“Teachers are not trained like that. Teachers will teach skills and they will deal with the psycho-motor issues – that’s what they are trained for – but you will see students from time to time behaving normal, and upon exiting the institution, you will pass them along the roadside,” said Myles, who is a teacher at Little London High School.