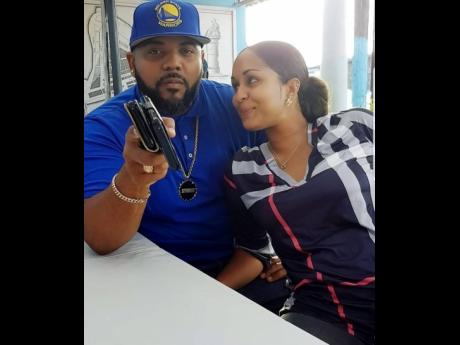 Weeks after his wife was slapped with a charge of attempted murder following allegations that she tried to mow him down with her car, Edward Lee, too, has found himself in trouble with the law.

He is now facing an assault charge stemming from allegations that he had body-slammed his wife, causing severe injury to her arm.

The 33-year-old Vanacia Johnson-Lee, co-owner of Lea’s Sugar-Coated Treats, is accused of using her BMW motor car to knock down Lee at a business place on Constant Spring Road, St Andrew, on November 21, last year, causing him to suffer two broken arms. It is also reported that she had threatened to kill him.

Both have, however, proclaimed their innocence.

The estranged couple, who have since been granted an interim order to stay away from each other and to not make any contact, both appeared in the Kingston and St Andrew Parish Court on Tuesday. Their bail was extended and they are scheduled to return to court on November 8.

Johnson-Lee and her legal team were advised to bring her medical report to court on the next occasion while Chadwick Berry, stand-in attorney-at-law for Lee, submitted the husband’s medical report.

The report is to be reformatted and placed on the court’s file.

In the meantime, the civil aspect of the matter, which relates to the interim consent order, which was granted by the Family Court after both sought restraining orders, is to be mentioned on January 30, 2023, for a final order.