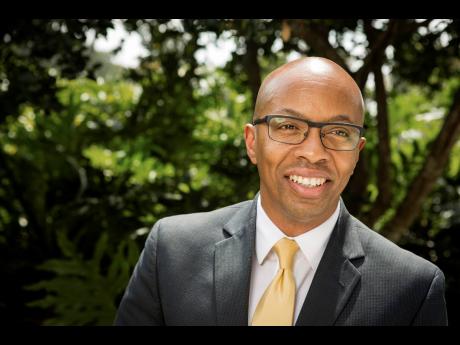 WESTERN BUREAU: One of the world’s largest cruise shipping companies, Carnival, says it is hiring some of the most qualified candidates directly from Jamaica’s Caribbean Maritime Institute (CMU). The cruise line launched a partnership with the...

One of the world’s largest cruise shipping companies, Carnival, says it is hiring some of the most qualified candidates directly from Jamaica’s Caribbean Maritime Institute (CMU).

The cruise line launched a partnership with the university in 2019 just before the COVID-19 pandemic crippled the island’s tourism sector.

Chang describes the institution as the number one maritime school in the Caribbean, which has the potential to fill the needs of not just his company, but many others.

“When you see his (Professor Spencer’s) vision, it is way beyond Jamaica. He is talking international. We like his growth plan of action,” said Chang, who is booked to deliver the keynote address at CMU’s graduation this Thursday.

The opportunities eyed by Carnival and CMU span the fields of maritime operations, marine services, and on-board positions which include, but are not limited to, food operations and housekeeping.

“We are looking to expand that as we grow. And as we bring the ships, we want to continue to foster this great relationship that will help us to continue to build and get some of the best-qualified candidates in Jamaica,” Chang said.

The cruise line is on the cusp of introducing five new ships to the market.

Chang, who has worked in the industry for more than 30 years, said he wants to ensure that students at CMU understand that their future is not limited because of their specialty degree in maritime operations.

“I’m hoping that they see that that can be applied not just in Jamaica, but also in the US and other countries because they have such a highly specialised skill that can be acquired, or more importantly, they can identify with me as a fellow Jamaican as somebody who was there who has had some success, but at the same time, that there is a path to be able to achieve that,” he said.

A number of Carnival’s top positions are held by Jamaicans. They include Marie McKenzie, vice-president of global ports and Caribbean government relations, who he credits with initiating the CMU partnership; Devon Bryan, chief information security officer at Carnival Corporation; Terrel Miller, a Montegonian who is vice-president of consumer sales; and Anthony Meikle, senior director of sales.

According to Chang, Carnival Cruise Line’s president, Christine Duffy, and Josh Weinstein, president and CEO of Carnival Corp, are big on diversity.

Chang has 1,400 team members under his umbrella and multiple divisions. He said that many of those staffers are from the Caribbean, comprising Cubans, Bahamians, and Trinidadians.

That diversity encompasses North Americans and others from Europe and Asia, he said.

Carnival’s relationship with Jamaica spans 50 years. Over the last four years, the cruise line has taken 1.5 million passengers to Jamaica, an annual average of 375,000.

Carnival was the first cruise line to return to Jamaica when the country’s borders reopened since the pandemic.

More important, Chang said he is proud of his countrymen because of what they deliver.

“When we get the opportunity, it’s not just Jamaicans, it’s immigrants in general. We take full advantage of it,” he said.