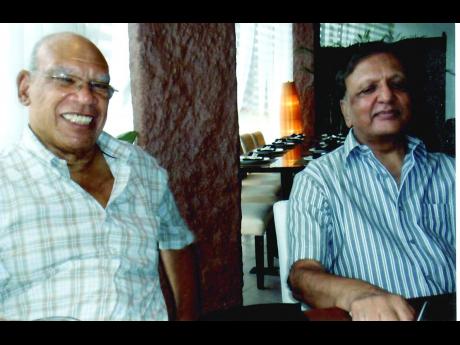 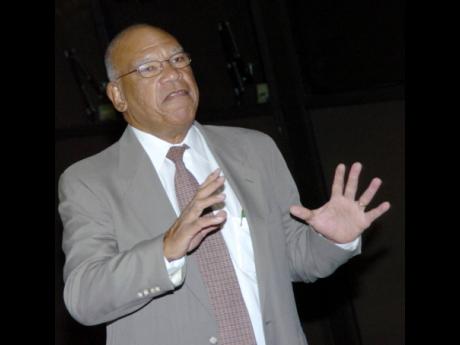 When life took a turn for the worse for businessman Dr Dhiru Tanna in Uganda 48 years ago, Dr Marshall Hall encouraged him to visit Jamaica.

To this date, Tanna has not regretted making that move, as Hall, described as a”true friend”, ensured a new way of life.

The duo met while working together in Uganda and Hall assisted Tanna in getting a job at the Institute of Social and Economic Research at The University of the West Indies (UWI), Mona.

Tanna was among a host of business and political leaders, including Prime Minister Andrew Holness and Opposition Leader Mark Golding, who are mourning the passing of the prominent businessman and nation builder.

Hall, an inductee in the Order of Jamaica and the Order of Distinction (Commander Class), died early Tuesday morning. He was 88.

“I’ve lost a friend. I will miss him terribly. He was instrumental in me getting to Jamaica and establishing myself here,” Tanna said in a Gleaner interview on Tuesday.

Hall was mainly associated with the Jamaica Producers Group Limited (JP), where he served as director for four decades and group managing director for 27 years.

In an interview with The Gleaner on Tuesday, Jeffrey Hall, current chief executive officer (CEO) of JP, reflected on his father’s passing.

“My father was above all a family man. He was a leader, a protector, and a selfless champion for his family and for the people at the institutions with which he was affiliated. He did this with sincerity and humility and humour and wisdom and hard work,” he said.

One of the most profound life lessons Jeffrey learned from his father was how to break down barriers and to not see limits.

“This was his gift to us, and we truly loved him for it. We will forever miss him,” he said.

Professor Alvin Wint, pro-vice-chancellor of The UWI, who worked alongside Hall at the university between 1992 and 1997, recalled the former educator as a family man.

“Aside from his tremendous love for his family, Marshall’s deep and abiding love was for Jamaica and the Caribbean. He left a highly prized, tenured professorial position in the United States to lay the foundation for tertiary management education in Jamaica and the region in his capacity as UWI’s first professor of management studies,” Wint told The Gleaner.

“Having successfully spawned as his progeny UWI Mona’s Department of Management Studies, and recognising the implementation deficit in Jamaica, he left academia to what would become a stellar career in management and oversight of private and public entities within Jamaica and the region. He continued his service up to the very week of his death,” he added, dubbing Hall one of Jamaica’s “most treasured and accomplished sons”.

Hall was lauded on Tuesday by the Private Sector Organisation of Jamaica (PSOJ), in whose Hall of Fame he was inducted in 2004.

The late titan was praised for serving his country with distinction in academia and business.

He was lauded for the growth and innovation of Jamaica’s banana industry and was credited for spearheading the resuscitation of the sector in St Mary and other parishes after Jamaica was hammered by hurricanes Allen in 1980 and Gilbert eight years later.

Hall was said to have advanced JP’s diversification into manufacturing, becoming the premier banana producer and exporter to the United Kingdom through a joint venture with the Government of Jamaica and Fyffes Plc.

He was educated at Kingston College, Columbia University, and the University of Wisconsin, where he received his PhD.

Hall served as a faculty member of the University of Wisconsin in the United States and Makerere University in Uganda and as a full professor of economics at Washington University in St Louis, Missouri. He returned to Jamaica in 1972 and served as the dean of the social sciences faculty at The UWI, Mona, and head of the Department of Management Studies, a precursor to the Mona School of Business.

But his service spanned directorships in both the private and public sectors.

Described as a family man, Hall was married to Dr Jeanette Hall for more than 60 years. Besides Jeffrey, he had two other children, Dr Allyson Hall and Andrea Perkins, as well as grandchildren Gillian, George, Jei Han, and Li Ann.