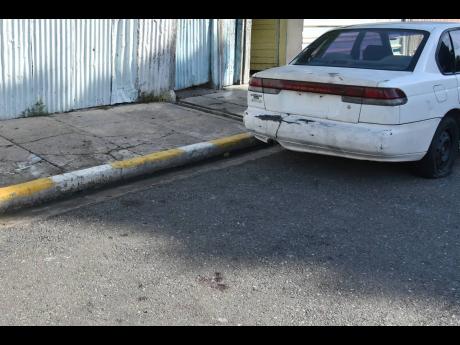 Kenyon Hemans/Photographer
Twenty-four-year-old Terron Hewitt was shot and killed at this spot on Laws Street, Kingston, by a Jamaica Defence Force soldier on Monday. 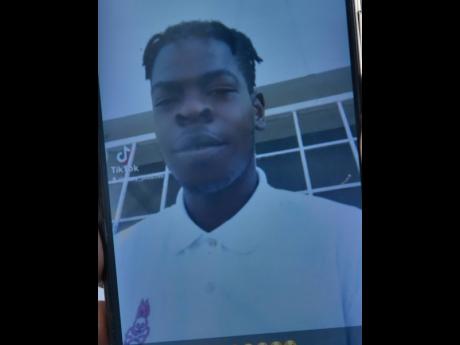 In the wake of Monday’s controversial fatal shooting of a 24-year-old in central Kingston by a Jamaica Defence Force (JDF) soldier, a former army chief has knocked the Government’s imposition of states of emergency (SOEs) as a crime-fighting measure.

Rear Admiral Hardley Lewin, who is also a past head of the police force, has described as “unfortunate and regrettable” that many of the country’s leaders have cast national security in a binary frame: either SOEs or normal policing.

He criticised the Holness administration of being myopic in reflexively drawing for the emergency measure and warned that its overuse threatened to undermine the crackdown as a “farce”.

“The public can be forgiven for buying into this narrative which is false and should be rejected. This narrative ignores the fact that there is a range of strategies and operational measures that can be carefully crafted and executed along that continuum between normal policing and an SOE,” Lewin said in an op-ed published in The Gleaner today.

“... It cannot be that whenever we experience an uptick in criminal activity such as to require a robust security force response, we merely reach for the SOE toolkit. In my view, this is a toolkit that should only be broken out in circumstances where a public emergency exists or is imminent and the life of the nation is threatened.”

Tuesday’s killing of Terron Hewitt on Laws Street has been described by residents as the culmination of a string of abuses by the security forces operating under zones of special operations and the state of emergency.

Hewitt, an emerging dancehall artiste, was shot and killed in the vicinity of an SOE security checkpoint late Monday afternoon.

Residents lamented on Tuesday that they no longer felt safe, suggesting that gunmen, the police, and soldiers all presented a threat to their lives.

“We nuh safe. You have a time when police come and just antagonise. Weh day, we siddung deh so and (lots of) soldier gun inna we face,” a resident, requesting anonymity, said.

The JDF said on Tuesday that the soldiers involved have been removed from the area and were cooperating fully with Independent Commission of Investigations (INDECOM) and the Jamaica Constabulary Force (JCF) investigators.

The army emphasised that soldiers deployed in SOEs and zones of special operations were exposed to human rights training.

Alleged eyewitnesses reported that Hewitt was among a number of young men being accosted and searched by soldiers. He was reportedly accused of moving a barrier, which he denied.

Hewitt was killed after a confrontation ensued.

The Opposition People’s National Party said it was “deeply disturbed” by the incidents, with video footage going viral on social media.

“The video shows soldiers fatally shooting a young man walking away from them and, on the face of it, offering no threat to the soldiers or others. The community is outraged at this incident,” said Opposition Spokesman on National Security, Senator Peter Bunting, in a statement issued on Tuesday.

“The leadership of the JDF and the JCF are firmly in the corner of protecting human rights,” Holness said.

Data from INDECOM showed that nine people were fatally shot by members of the JDF last year, five in a single incident.

Since September this year, 24 complaints have been made against the JDF.

The watchdog agency has also launched an investigation into the shooting and is appealing for witnesses to share information they may have.

Commanding officer of the Kingston Central Police Division, Superintendent Berrisford Williams, told The Gleaner that the security forces were investigating reports of extortion in the community.

Hewitt was among the young men apprehended for questioning but reportedly resisted and was joined by other residents in confronting the soldiers, said Williams. It is alleged that Hewitt reached for a stone and was advancing towards the soldier when a shot was fired.

Hewitt was pronounced dead at hospital.

However, residents maintain that his killing was unnecessary.

“Even if there is a state of emergency, there are ways to conduct yourself. There’s rules and regulations and guidelines. In the Constitution, there’s laws,” Noel Mullings, a resident, said on Tuesday.

“You train fi do certain things but you can’t use violence when violence wasn’t necessary.”

Mullings, who is an electrician, said he had just returned home from work to witness the tragic incident, which he said has left him traumatised.

“Even if dem say him move di barrier, that’s no reason to kill a man. Better dem did hold him and arrest him, but you can’t do dat.”

Another resident broke down in tears while vowing to continue seeking justice for Hewitt’s death.

“God will fight the fight. We can’t win dem inna court, but we a go win dem wid God. ‘Knee City’ shall be our cry. God shall defend us,” the resident said, referencing the act of prayer.