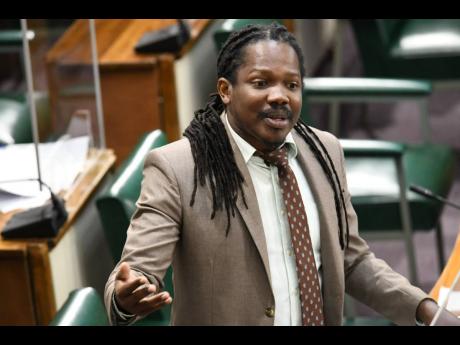 Opposition Senator Damion Crawford has accused Prime Minister Andrew Holness of timing the recent declaration of states of emergency (SOEs) to coincide with the staging of the 2022 FIFA World Cup in Qatar to benefit from an anticipated reduction in murders during the monthlong tournament.

“In a clandestine and underhanded effort to gain the benefits of the World Cup, the Government and the prime minister ignored all trends that crime was increasing since April of 2022. In his Budget presentation, the prime minister said in March that murder was down by five per cent. Now that we see these kinds of political machinations, we have to wonder if numbers are being fudged to make certain speeches sound good at certain times,” Crawford said during Friday’s sitting of the Senate.

Government Senator Natalie Campbell Rodriques rose on a point of order, stating that Crawford had “imputed improper motives” towards the prime minister.

The opposition senator said murders increased by 1.8 per cent and 6.5 per cent in April and May, respectively, but the “silver bullet” of a state of emergency was not suggested.

He referenced statistics that during the 2018 FIFA World Cup, held between June 14 and July 15, Jamaica recorded 52 fewer murders and 66 fewer shootings when compared to the corresponding period in 2017.

“Why unno feel that I cannot recognise that you’re asking for me to join in a game of political football to mask your general incompetence? Why is it that nobody don’t think that we see that? And I should feel ashamed when I’m not a part of this political football?” he asked.

“I won’t address the World Cup plan reference any more than to say that we really shouldn’t bring that type of urban myth into this kind of debate,” she said.

The vote to extend the seven SOEs was blocked as all eight opposition senators objected to the resolution while government senators voted in favour of the extension.