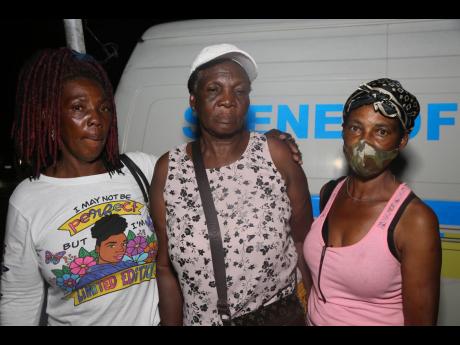 Nathaniel Stewart/Photographer
Hyacinth Brown (centre), mother of Clayton Pink, is support by her daughter, Marilyn Graham (left), and cousin Hyacinth Smith, aunt of Jerome Smith. Both men were shot and killed, allegedly by a police constable, in Frankfield, Clarendon, on Saturday. 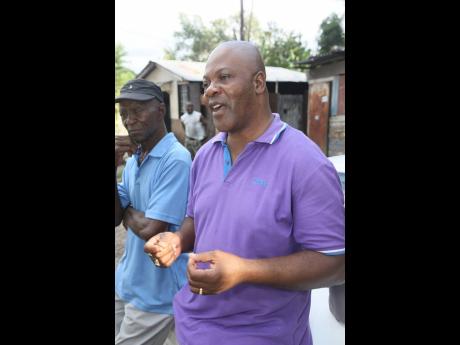 Nathaniel Stewart/Photographer
Clive Mundle, councillor for the Frankfield division, is fearful that the police will clamp down on parties in the area. 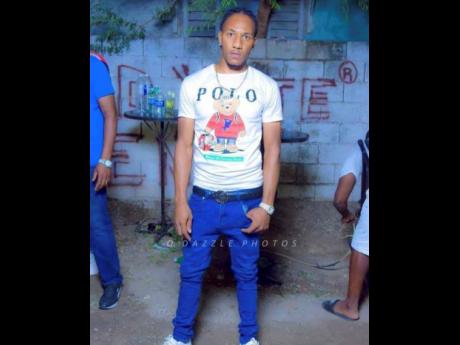 The family of two men fatally shot by a police constable who is reportedly a family member are calling for a swift and thorough investigation into the incident. The police reported that about 12:49 a.m. Saturday, an altercation developed between...

The family of two men fatally shot by a police constable who is reportedly a family member are calling for a swift and thorough investigation into the incident.

The police reported that about 12:49 a.m. Saturday, an altercation developed between Clayton Pink and a constable at a party being held in a car park in Frankfield. It is alleged that Pink flung a bottle that caught the cop in the face, injuring him.

The cop allegedly fired two shots at Pink, hitting him and Jerome Smith, Pink’s cousin, who was in proximity.

Smith succumbed to his injuries at Percy Junor Hospital while Pink was pronounced dead on arrival.

“We want justice. We need dem fi strip him. ... Policeman nuh supposed to visit dance and party suh like dem a idiot,” said Hyacinth Pink, aunt of Jerome Smith, in a Gleaner interview.

Hyacinth Pink, who contradicted the police report, said she was informed by those at the party that Pink had tossed a Magnum bottle from which he was drinking on the ground. The bottle, she said of reports, rolled in the direction of the cop, hitting his foot.

“Mi nuh see nuh cut pon him. ‘Cause when mi go Spaldings Police Station, mi see him and him a talk pon him phone,” Hyacinth Pink told The Gleaner after giving her statement at the May Pen Police Station’s Criminal Investigation Branch.

The cop, whose identity The Gleaner will not disclose because he has not been charged, is reportedly affiliated with the Spaldings Police Station.

Hyacinth Brown, mother of Clayton Pink, said that she was awakened by a phone call from another son overseas with the news of Pink’s death.

“Mi hang up di phone and mi di deh a cry di whole night,” she said, pointing out that in between tears, she made frantic phone calls, trying to get answers.

Smith’s aunt is still trying to come to grips with his death.

“His babymother and the two guys that him kill is family. Him have a child with my uncle’s granddaughter,” she said.

As for Hyacinth Pink, the tragedy has everyone in disbelief.

Councillor for the Frankfield division, Clive Mundle, is worried that the incident could have repercussions for the staging of future events.

“A lot of people, party is their livelihood. That’s their bread and butter. Most of the parties take place at Railway. I’m almost 100 per cent sure the police is gonna say no party at Railway, and it is bringing a dark cloud over Frankfield,” he stated.

Mundle also encouraged residents to seek out mediators – pastors, justices of the peace, or even him - to defuse interpersonal conflicts.

“We will sit with you, and whatever the issue is, we will resolve it before somebody ends up losing their life,” he said.