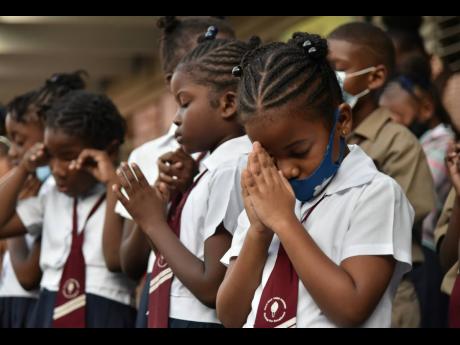 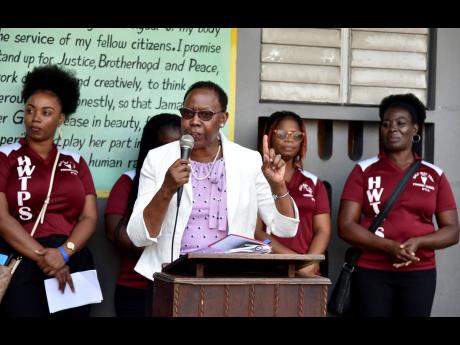 The parent of a child injured in an accident last week is calling for regulations to ensure that all company-owned trucks across the island are serviced on time and monitored to greatly reduce the likelihood of potentially serious accidents. The...

The parent of a child injured in an accident last week is calling for regulations to ensure that all company-owned trucks across the island are serviced on time and monitored to greatly reduce the likelihood of potentially serious accidents.

The parent, whose child attends the Half-Way Tree Primary School in St Andrew, made the call on Monday, days after three students and an adult were mowed down along Eastwood Park Road in St Andrew after the female driver reportedly lost control of a delivery truck.

O’Neil Hamilton, a veteran staffer in the Office of the Governor General who was last week saluted for his decades of service, died after being struck following the mishap last Friday. The students remain hospitalised.

Shaken and with tear-stained faces, a number of parents, relatives and well-wishers of the children turned up at Half-Way Tree Primary on Monday, giving thanks that their lives were spared.

One parent, who requested that his identity not be disclosed, believes the ill-fated truck might have been in need of servicing, although the exact circumstances of the crash are still being investigated.

“Many of our delivery trucks operating in Jamaica are owned by companies islandwide. Although there is a process to get them assessed for fitness at the various Island Transport Authority [examination depots] islandwide, they operate passing the times when they are really due another service, and there is no regulation in place to check if they are serviced every 5,000 kilometres or so,” he said.

“That is lacking with our system in Jamaica,” the parent added.

Last week’s incident follows a 2019 accident in which a seven-year-old boy was crushed to death on October 28 on the grounds of the Clan Carthy Primary School in Kingston when a garbage truck, which had reportedly been left unmanned, slid down a slope and hit a vehicle before overturning on the boy.

Half-Way Tree Primary Principal Carol O’Connor Clarke told The Gleaner that on Monday, she visited the three hospitalised students, two of whom are 11-year-old boys and a girl, who is seven.

She said that they all suffered broken bones and that the parents are being encouraged to remain hopeful.

“The parents are more on the sad side of things because [it’s tough] to know that your child should be at school and is in the hospital. We as a school are trying to encourage them to hold the faith because they are alive. ... During the accident, one man died, so we have to take that hope,” O’Connor Clarke told The Gleaner.

“We are in a good state, and what has kept us this way [is that] the students are not dead,” she added.

The parent of another child, who also asked to remain anonymous, told The Gleaner that one of the injured students is a sprinter, adding that she wants to see him run again and pass his Primary Exit Profile examination for the school of his choice next year.

“He is a good boy. He is a sprinter. Him is just jovial,” she said, noting that he has won a number of medals for his athletic prowess.