Convicts, warders to get lessons in entertainment management 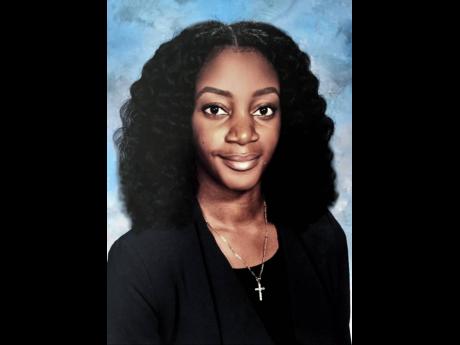 Eight inmates and two correctional officers from the Tower Street Adult Correctional Centre in Kingston are set to participate in a pilot project in entertainment business next year. The pilot, which is focused on increasing access to higher...

Eight inmates and two correctional officers from the Tower Street Adult Correctional Centre in Kingston are set to participate in a pilot project in entertainment business next year.

The pilot, which is focused on increasing access to higher education and reintegration planning, will run from January to July 2023.

On completion, participants will receive a certificate in entertainment business from the Institute of Caribbean Studies and the Reggae Studies Unit at The University of the West Indies (UWI), Mona.

Programme lead Shanell Bailey came to Jamaica in 2021 as a Fulbright Scholar doing research on the prison-to-college pipeline – following its development and looking into how effective a university education would be in helping reintegration in Jamaica.

“I started to work with the Institute of Caribbean Studies at UWI, Mona, which was heading the project and would be the department through the university that was interested in providing information to students incarcerated. We acquired a capacity-building grant earlier this year from the Bard College in New York, which has a prison initiative, which has been operating for many decades now, and they started a global initiative to provide funding for programmes across the globe,” Bailey told The Gleaner.

The Fulbright Scholar explained that entertainment was chosen as the area of study for the UWI Mona Prison Project, as conversations with ex-inmates and deportees revealed that there was great interest in the sector.

“It’s just the heart of Jamaica. A lot of people find fulfilment in that field. I met a few people who are former inmates who have found entrepreneurship as a route to properly reintegrate because they have so many issues with traditional employment. There are people who are writers who get into the music business, but the gap is that, while they are creatives and they do well in the creative space, there is a lack of knowledge in the business and management of the industry. So we’re trying to fill that gap,” she explained.

Bailey said that, traditionally, correctional officers are not involved in university in prison programmes, but they were selected as part of the pilot cohort to help with building rapport.

The UWI and the Department of Correctional Services have collaborated to develop the criteria to select the participants, who will receive face-to-face instruction once per week.

“For the pilot, we are only focused on men, but we are hoping that the pilot will be successful and we will get funding to continue the programme, so that we can expand to include women and, possibly, the youth,” said Bailey, who was born in Jamaica and raised in New York.

The programme lead shared that research in the United States has shown that inmates who participate in prison education programmes are 43 per cent less likely to re-offend.

Jamaica has a recidivism rate of 40 per cent and the prison rehabilitation programmes, by and large, are voluntary.

“There are several factors that contribute to the high recidivism rate in Jamaica – conditions in prison, life when they are released and stigma … . I am hoping that this project will increase reintegration outcomes,” Bailey said.