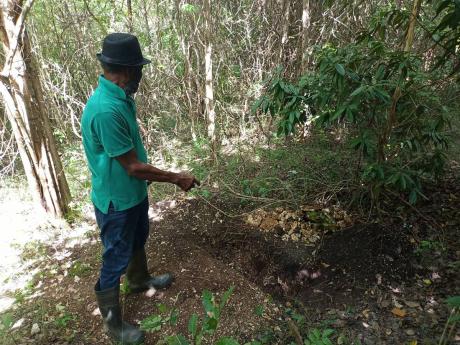 Photo by Hopeton Bucknor
A man points to the location at which the body of farmer Kerry Ann Willliams was discovered in a shallow grave in Mount Airy, Westmoreland, on Friday. 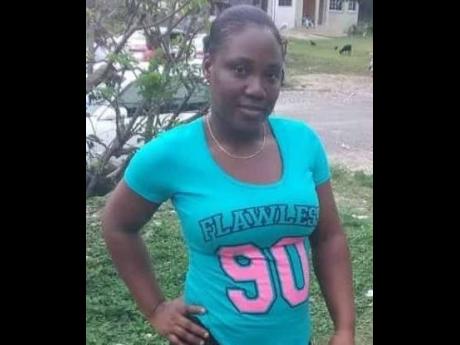 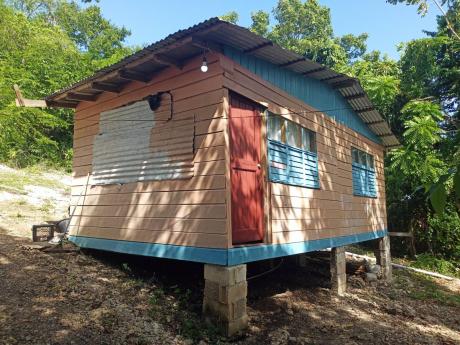 Although neighbours heard 38-year-old farmer Kerry Ann Williams screaming for help during a dispute at her Mount Airy home in Westmoreland on Wednesday afternoon, the dead silence which followed did not arouse suspicion that the woman was being...

Although neighbours heard 38-year-old farmer Kerry Ann Williams screaming for help during a dispute at her Mount Airy home in Westmoreland on Wednesday afternoon, the dead silence which followed did not arouse suspicion that the woman was being slaughtered.

And after not seeing or hearing from her since, they were not expecting to find the body of the cannabis farmer in a shallow grave in the vicinity of her home on Friday morning.

The Westmoreland police have now launched a manhunt for her common-law partner, who up to press time had only been identified as ‘Junior’, as they probe her gruesome murder.

Williams’ children, who are all living with their father at a different section of Mount Airy, which is located on the edge of the resort town of Negril, first got an inkling that something was amiss after not seeing or hearing from their mother on Thursday.

One of her daughters told The Gleaner that when she sent her brother to the house to check on their mother, he reportedly saw Junior, who informed him that Williams had gone to work, so he went back home.

After several calls to her phone went unanswered, her brother returned to the house on Thursday night. This time, Junior reportedly told him that their mother had returned home from work but had gone on the road.

When he related this to his sister, she contacted the police and asked for their assistance to visit the home.

Upon their arrival, the suspect reportedly fled the house and ran into bushes.

A subsequent search of the dwelling led to the discovery of a bloodied sheet.

Residents of the community, who said they last laid eyes on Williams on Wednesday morning before hearing her screaming later in the day, then joined relatives in search of her.

On Friday morning, the woman’s decomposing body was discovered in a shallow grave beside her small ganja farm near the house with the throat slashed and parts of her body mutilated. The scene was processed and the body was removed.

Kevin Ennis, the father of Williams’ children and with whom she was no longer intimately involved, was at a loss for words, hours after receiving the dreadful news.

“Is four children she have. She was a very good person, a hardworking woman who cared for her children, and I can’t find words to explain how I feel right now,” he said solemnly.

Ennis told The Gleaner that although he was one of the persons who raised an alarm that she was missing, when he got the news that her body had been discovered in such a condition, he could not summon the strength to visit the scene.

One Mount Airy resident told The Gleaner that Junior was walking around the area on Thursday trying to borrow a pickaxe from neighbours.

“It’s a wider societal problem where we have to look at how young men are trained, what they learn, how they socialise, because a crime like this is quite difficult for the police to manage, maintain and control,” Wilson said.

“We have to look [to] our sociologists, our psychologists to see what is really happening in our society, to see why this level of crime is being perpetrated,” he added.

Since the start of the year, at least 134 people have been murdered in Westmoreland, which is one of the island’s three deadliest police divisions.