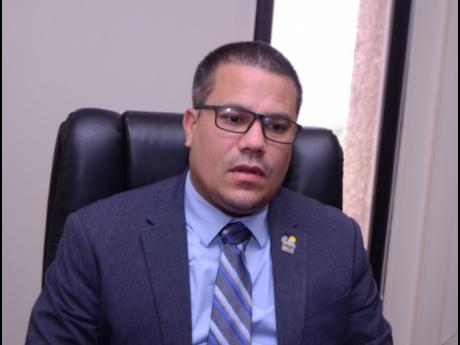 Senator Matthew Samuda has responded to concerns raised by at least two stakeholders in relation to the public-private partnership (PPP) agreement signed by the Government last week to build a new water treatment plant in Content, St Catherine.

The concerns purportedly highlighted by a union leader focused on potential worker displacement and private sector involvement in the water sector.

Samuda, the minister without portfolio in the Ministry of Economic Growth and Job Creation, said that the US$77-million project will increase the country’s capacity to deliver water and will not result in National Water Commission (NWC) workers losing their jobs.

He indicated that the NWC was not able to execute a project of that size, noting that if the agency were to borrow US$77 million for that purpose, it would mean an increase in debt or a further drag on the country’s Consolidated Fund.

The minister, who has responsibility for water, said that the PPP agreement was a road map for other critical infrastructure projects that would provide critical services to Jamaicans and grow the economy.

The PPP agreement will see the construction of a new water treatment plant to aid in the supply of water from the Rio Cobre. The arrangement involves the design, build, finance, operate, maintain and transfer of a 15 million imperial gallons per day water treatment plant.

Samuda said that the timeline for completing the plant is approximately two years.

At the end of the life of the water purchase agreement, ownership of the water treatment plant will be transferred to the NWC.

The PPP arrangement may also be renewed for an additional five years.

“The water treatment plant is a crucial part of this Government’s commitment to ensure potable water in the homes of Jamaicans by 2023,” Samuda said.