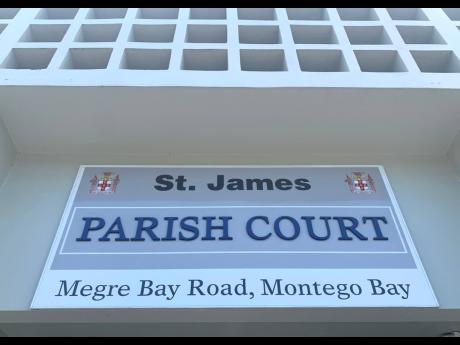 KING’S COUNSEL Carolyn Reid-Cameron has accused the prosecution of manipulating evidence to try to convict her client Gordon Brown for allegedly obstructing the police’s attempts to secure a firearm from businessman Michael Issa on January 13.

While delivering closing arguments in the trial at the St James Parish Court on Tuesday, Reid-Cameron urged Parish Judge Sasha-Marie Ashley to uphold a previous no-case submission on the behalf of Brown, who is also an attorney-at law, on the grounds that the prosecution’s case against her client was baseless and without credibility.

“The circumstances of this case, as we see them, are very unfortunate, and a lot of what informs the position that has been taken has been informed by misunderstanding or misinterpretation of the circumstances,” Reid-Cameron said of the prosecution.

“Where is the credibility in the case that the Crown has brought against Mr Brown? It is like a moving target. The Crown has manipulated the facts to serve its own ends on an indictment … . “

Brown’s charge and subsequent trial stemmed from a matter involving Issa, who is Brown’s client and the stepfather of nine-year-old Gabriel King, the developmentally challenged child who was brutally murdered on January 13.

Issa was arrested and charged with negligent loss of a firearm, indecent language, and resisting arrest when he went to make a police report on January 13, hours after his stepson was abducted and killed.

The matter of Issa’s licensed firearm, which went missing on December 17, 2021, and was subsequently found, is unrelated to the child’s death. The negligent loss of firearm charge was eventually dismissed.

In the case against Brown, he is accused of preventing Issa from being detained by officers at the Montego Bay Police Station’s Criminal Investigation Branch office.

The attempted detention was reportedly linked to the businessman’s failure to turn over his firearm to the police.

During Tuesday’s proceedings, Reid-Cameron also stressed that, if convicted, Brown would be liable to pay a $2,000 fine, but added that the recorded conviction could result in him being disbarred.

“If we do not act in the best interest of our client, that, too, can be treated as professional misconduct. The police have their jobs to do, but so do we,” Reid-Cameron noted, stressing that Brown did nothing wrong in his interactions with Issa on January 13.

She also called a character witness, a justice of the peace, who testified that he knew Brown to be a man of integrity. The witness said that he had followed Brown to the Freeport Police Station on March 1 and again on March 9.

The witness said that on both occasions, no police personnel informed them of whether Brown was to be charged.

Meanwhile, prosecutor Tajera Douglas argued that Brown had, in fact, obstructed the police in their efforts to detain Issa, in contravention of Section 30 of the Jamaica Constabulary Force Act.

“The question I submit to this court, in this matter, is whether Gordon Brown on January 13 did obstruct the officer by making it more difficult for him to carry out his duty. Based on the Crown’s evidence taken so far, this question has been answered in the affirmative,” said Douglas.

The ruling will be declared on December 16.

Brown’s trial began on July 21 with two prosecution witnesses, both members of the police force, testifying against him.