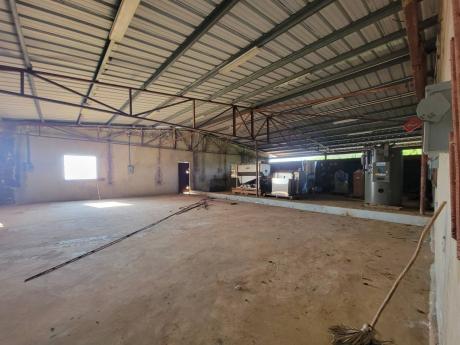 Nicholas Nunes/Photographer
Equipment lies idle inside a yet-to-be-commissioned juice factory which residents of Huntley, Manchester, believe could provide economic opportunities for the community. 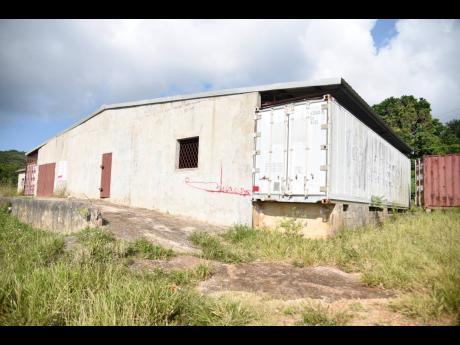 Nicholas Nunes/Photographer
Residents of Huntley, Manchester, believe politics is at play as the juice factory falls into ruin more than a decade after it was built, yet to realise its true potential. 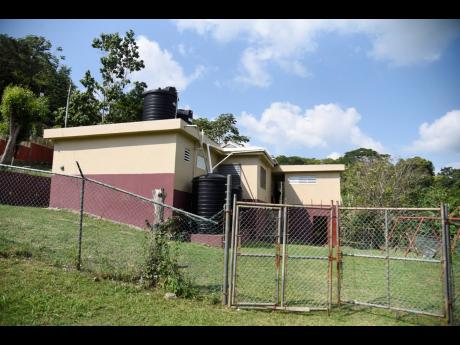 Nicholas Nunes/Photographer
Manchester North Western Member of Parliament Mikael Phillips says that concerns linger about the viability of operating the juice factory in the community because of water supply issues.
1
2
3

A little over a decade and a half after a juice factory was established in Huntley, Manchester, the multimillion-dollar facility lies inoperative, vandalised, and in ruin. Farmers in the area say they have watched with aching hearts as the building...

A little over a decade and a half after a juice factory was established in Huntley, Manchester, the multimillion-dollar facility lies inoperative, vandalised, and in ruin.

Farmers in the area say they have watched with aching hearts as the building and machinery wither away over the years, with criminals from the community making off with some of the equipment.

Huntley is well known for producing agricultural crops that are often sold to middlemen, who then take them into various towns and markets islandwide. However, the farmers lament that some of the perishable and seasonal crops left behind could have been stored and used to make juices or purées or stored for future consumption.

It was that vision that sparked the idea to establish the juice factory two decades ago under the leadership of former Manchester North Western Member of Parliament Dean Peart. But the facility, which was built with state funds, has never been commissioned despite being outfitted with a juice extractor, an osmosis machine, and other equipment.

The farmers lamented to The Gleaner that the facility was never opened because the authorities were playing politics.

“As far as me can see, a politics dem a use [to prevent the opening]. Dem seh a PNP (People’s National Party) build it, and a JLP (Jamaica Labour Party) want fi open it gi wi, so dem nah go work wid dat,” said farmer Charmaine Smith.

“It hard fi know seh wi deh in yah so and we a big farmer up yah so, and the juice factory come and put down fi how much years and di equipment dem in deh. It’s not like wi nuh have nothing fi work it. Di equipment dem is there,” she said, adding that the factory was built roughly 16 years ago.

Another farmer, Neil Robinson, told The Gleaner that instead of offloading their produce at cheap rates out of fear that they could rack up losses if they should spoil, they could have been storing the excess at the juice factory as had been proposed.

“It would help us a lot ‘cause sometimes we have crops, like carrots, and the price range that we get is not reasonable, so the small carrots, we cannot sell it,” Robinson said.

“It would help the farmers in the district a lot if it opens. ... We have whole heap of people in a di district weh no have no job, so job woulda create, and as you see, the juice factory would employ young people,” he reasoned.

Nadette Griffiths, another farmer, also bemoaned the state of affairs.

“There is no revenue there, and that place there is sitting down not doing nothing. ... I’ve lived here 14 years, and a long before me come here mi hear seh di factory deh a build, and nothing,” Griffiths said.

Damion Young, JLP constituency chairman and caretaker for the Manchester North Western, is deeply concerned that the juice factory has been wasting away, noting that the community is being deprived of opportunities for income generation.

“I consider it as a gross and horrible waste of taxpayers’ resources and also an unfortunate short-sightedness where economic opportunities is concerned for the community of Huntley and surrounding areas,” Young told The Gleaner.

“The factory holds great potential as it could absorb upwards of 85 per cent of carrots and other fresh fruits that are cultivated and harvested not just in Huntley, but also in places like south Manchester and as well as northern St Elizabeth ... ,” he said.

Young further noted that several varieties of fruits that fall off trees year-round and rot could also have been processed into juices for schools, hospitals, and supermarkets or exported. This would also boost employment with the engagement of drivers, processors, labellers, sanitisers, and other workers.

Young said that some community members had approached him to get the necessary support to get the facility operational and that the Jamaica Social Investment Fund (JSIF) was approached, and representatives of the agency visited the site and found it to be a strategic location for community and agricultural development.

However, Mikael Phillips, the sitting member of parliament and a member of the PNP, told The Gleaner on Thursday that the JSIF turned down Young for numerous reasons. Additionally, Phillips said that there is a farmers’ group in Huntley in whose hands the operations of the juice factory should remain.

Phillips said that he will resist efforts by outsiders to take control of the juice factory without having a conversation with the residents.

“That project was started by a farmers’ group with the member of parliament then ... . We should have started as a small cottage-industry business. It grew into the idea of having a juice factory, [and] equipment was bought for the juice factory,” he explained.

“We were trying to get investors to come in so that there can be longevity in the project. We had Tru-Juice come and look at it ... . At the time, more water would be needed in the area to be able to operate a factory of that kind. Tru-Juice said they needed 30,000 gallons [of water] a day to be able to run an efficient factory. There is one 20,000-gallon storage tank up there. The community gets water two to three days per week, so it would not be adequate enough to run the factory efficiently,” he said.

Phillips also said that a previous project at the juice factory did not last because the farmers were not consistent with supply, and they were taking their grade three and grade four carrots for processing.

He said there is also a need for a broiler, a generator, and other equipment.

“We were looking for them to lease the equipment, and the equipment could not be leased like that because it was bought with taxpayers’ money,” he said.

Phillips said that he has asked the Ministry of Agriculture and Fisheries to take another look at the factory and see what best can be done with the equipment.

He further noted that the farmers’ group has now been revived after being dormant for a while and it has been deliberating on what should now be done with the building.