Witness unaware of travel reimbursement policy for Petrojam board members 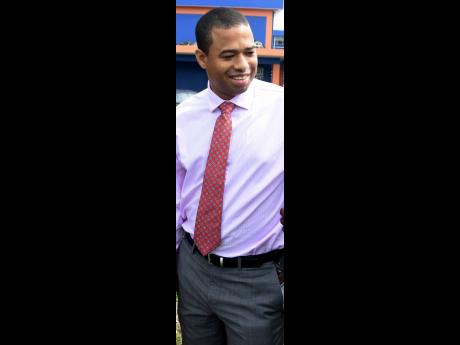 A former administrative assistant at Petrojam testified Wednesday that she was not aware of any system at the state-owned refinery to reimburse board members who travel on overseas business trips without prior approval.

According to the witness, soon after she was transferred to the general manager’s office, the then general manager, Floyd Grindley, instructed her to prepare documents to reimburse the then chairman Dr Perceval Singh for overseas business travel.

The witness told the court on Tuesday, when she started testifying, that at the time, her duties did not include making arrangements for overseas business travel for board members or the then chairman.

Furthermore, she was not aware then of any procedure that was to be followed with respect to board members.

Grindley and Singh are both on trial in the Kingston and St Andrew Parish Court on several fraud-related charges regarding travel allowance claims amounting to US$73,620. The claims were allegedly made by Singh between December 2016 and May 2018 for overseas trips that he did not take. Grindley is alleged to have aided and abetted the ex-chairman in making the claims.

The witness, during her evidence-in-chief, said that while she knew of an arrangement to reimburse staff for overseas travel, which they undertook without prior approval, she did not know of one for board members.

With regard to the staff, she said that receipts for the incurred expenses must be submitted to facilitate the reimbursement, and the person preparing the disbursement voucher must be shown the receipts.

However, the administrative assistant, who has been employed by the company for nine years, explained on Tuesday that whenever a staff member is going on a business trip, approval must be sought from the permanent secretary in the energy ministry.

The approval, she said, was mandated in a document from the ministry, titled Circular 21, which outlined the rules regarding overseas travel and the process for reimbursement.

The witness said that although she was informed of the general procedure for overseas travel when she started working at the company in 2012, she did not know about Circular 21 until the latter part of 2017.

At the same time, she said there was no difference between the procedure and what was in the government document.

In the meantime, the trial has been prematurely adjourned until May 2 of next year and will run for three weeks.

Parish Judge Maxine Ellis, who held an in-chamber session with the defence and prosecution on Wednesday, said the adjournment was a result of matters that had arisen.

The ex-administrative assistant will resume her evidence when the trial restarts.