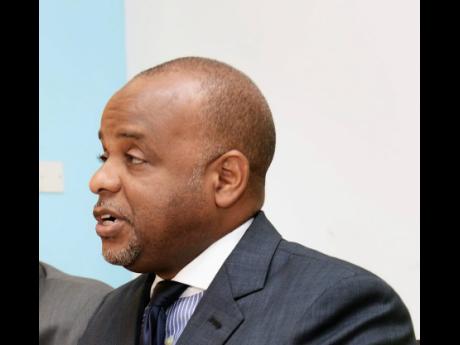 The Jamaican Bar Association (JAMBAR) says it cannot support the pre-charge bail provision in the new Bail Act now before a joint select committee of Parliament for review.

President of JAMBAR, Alexander Williams, told lawmakers reviewing the bill on Thursday that pre-charge bail would impact the constitutional rights of Jamaicans, including their rights to liberty, privacy, and freedom of movement.

“We acknowledge that the criminal law on a whole will impact upon those rights. However, in this case, where the impact is unjustifiable in a free and democratic society, the impact is very different and is to the level of an unconstitutional infringement,” he argued.

Under the new Bail Act 2022, the pre-charge provision is applicable when a person is arrested or detained on reasonable suspicion that the individual committed an offence punishable with imprisonment, and additional time is needed for investigations.

The proposed law allows for the granting of bail at three stages: pre-charge, upon charge, and post-conviction in defined cases.

Williams reasoned that in order for the bill to be constitutional, it would require an amendment of Section 14 (4) of the Constitution.

“In other words, you may have to redefine bail,” said Williams, noting that any such amendment would require a two-thirds majority vote in both the Lower and Upper Houses of Parliament.

Section 14(4) says any person awaiting trial and detained in custody shall be entitled to bail on reasonable conditions unless sufficient cause is shown for keeping him in custody.

The JAMBAR president told the committee that his association does not see the need to amend the current Bail Act at this time.

Noting that the current Bail Act was promulgated in 2000, Williams said lawmakers should examine what was the mischief surrounding the need to adjust the law.

He said the constitutionality of the current Bail Act has been tested in the Jamaican courts without the provision of pre-charge bail.

Williams argued that there was an unfortunate misconception in the public space that the courts are granting bail “willy-nilly”, particularly for the offence of murder.

“Any attorney-at-law that has practised at the criminal Bar knows that there is a high threshold when it comes to murder in getting a judge to grant bail,” said the JAMBAR president.

He said that roughly 80 per cent of persons who are before the courts for murder are either not granted bail or cannot fulfil the bail provisions.

Williams concluded that most persons who face a murder charge do not get bail.

Last week, lecturer at the Norman Manley Law School, Meridian Kohler, cautioned that portions of the new Bail Act 2022 are likely to be found in contravention of the Constitution.