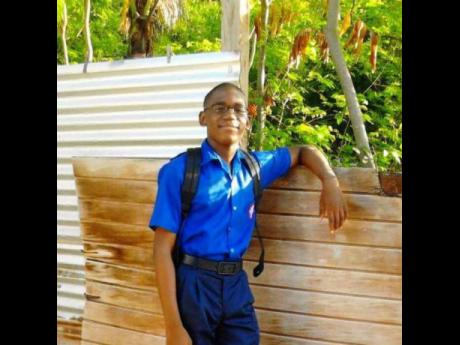 Quacie Hart, the man who was given a life sentence after killing a Jamaica College (JC) student in 2016 following a robbery attempt, wants the Court of Appeal to reduce his 31-year pre-parole period by at least 12 years. Hart, whose matter is...

Quacie Hart, the man who was given a life sentence after killing a Jamaica College (JC) student in 2016 following a robbery attempt, wants the Court of Appeal to reduce his 31-year pre-parole period by at least 12 years.

Hart, whose matter is scheduled to be heard in appellate court on the week of December 19, is contending that his sentence is manifestly excessive.

The convict, who is about 26 years old now, was sentenced in 2019 and ordered to serve 31 years in prison before being considered for parole after he pleaded guilty to the murder of 14-year-old Nicholas Francis, a crime which had sparked public outrage and heightened concerns about students‘ safety.

The student, who was in third form, died at hospital several minutes after Hart plunged a knife into his chest during an altercation on a bus on October 26, 2016.

Hart, who stabbed the youth after attempting to steal his watch, had surrendered to the police three days later.

The killer, who pleaded guilty just before the start of his murder trial, was sentenced almost three months later in the Home Circuit Court and was given a 10 per cent discount. The three years that he had spent in custody before the sentencing were also subtracted from his sentence.

Sentencing judge Justice Lorna Shelly Williams had indicated that the starting point for the crime was 40 years, but after doing her calculation it had whittled down to 31 years.

Hart, however, appealed the sentence.

Among the grounds of the appeal are that the judge had not followed the classical principles of the sentencing guidelines and had not sought to balance the mitigating and the aggravating factors, which resulted in Hart being given an excessive sentence.

Another is that the judge did not give sufficient weight to Hart’s age or his expression of remorse.

Government prosecutors led evidence that on the day of the incident, Francis and Hart were seated beside each other on the minibus that was heading towards Half-Way Tree, St Andrew, when the teenager blurted out, “Talk to him nuh.”

It was later observed that the convicted killer was holding on to Francis’ wristwatch, and the teen was trying to brush him off.

A fist fight reportedly broke out, but the two were quickly separated by one of two conductors, who gave Francis a seat to the rear of the minibus.

Prosecutors say that when the vehicle got to another bus stop, located metres from JC, Hart took Francis’ knapsack and tossed it out the door.

It was reported that another JC student, who was about to get on the bus, picked up the bag.

However, prosecutors say Hart stopped him, asking, “How you so nuff? A fi yuh bag?”

When another passenger intervened and took up the bag, Hart again grabbed the knapsack and threw it to the ground.